'We Didn't Just Go Viral. We Planned.' Prankster on the Holiday Party Fail Video That Fooled a Bunch of People

The heartstrings of Twitter users were given a good tug earlier this month when Sydney Arlt posted a sad story about a kind-hearted professor who threw a party, that no one bothered to show up for. Her tweet included a video showing a nearly-empty classroom, a disheartened professor sitting at a desk filled with unclaimed holiday gift bags, and, of course, the tear drop and heartbreak emojis.

Since we’re all saps during the holidays, the story went viral with people around the globe volunteering to come to the party, shaming his students for failing to show up, and sharing stories of their own holiday tragedies. The video has been viewed almost 7.8 million times, with 71,000 retweets and 343,000 likes.

Then came the punchline. Professor Andrew Cline, who is a professor of media at Missouri State University, revealed that the tweet and the sob story were all part of a class assignment for his course “Fundamentals of Media Convergence”. He had given his students the task of “going viral” in order to study the nature of viralness—and Arlt, an 18-year old junior, had hit the academic jackpot with her video that “plays on the emotions”, according to Cline’s tweet.

Even though it was a class assignment, Arlt was a little disappointed that her professor spoiled the joke before it could really take off. “We hadn’t even hit 1 million when he exposed us,” tells TIME. Luckily, the reveal didn’t slow the video’s viral spread. “I think it adds a whole new dimension to the video and makes it more interesting,” says Arlt. “Especially for people like you who want to write about it, like we didn’t just go viral, we planned! I think it just makes the whole situation more interesting, despite all the hateful comments I’ve been receiving.”

Of course, Arlt now has a punchline of her own to tell: “I got an automatic A for the whole class.” 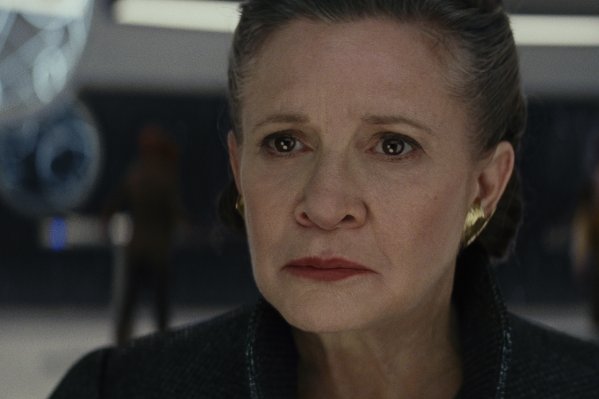 A Baby Named After 'General Leia' Kicked Off a Star Wars Debate Over Whether She Was Better as a Princess
Next Up: Editor's Pick