Christine Blasey Ford, who famously testified before the Senate Judiciary Committee about now-Supreme Court Justice Brett Kavanaugh’s alleged sexual assault against her while they were in high school, made an extremely rare appearance Tuesday evening to honor a victim of sexual assault who spoke out against her abuser.

After Denhollander brought public attention to Nassar’s sexual abuse, hundreds of women came forward to share their experiences of assault by the former team doctor. Nassar was sentenced to up to 175 years in prison in January.

Ford paid tribute to Denhollander’s courage in speaking out about Nassar in a video message for Sports Illustrated.

“I am honored to speak with you from afar about a woman I admire so much, a woman who suffered abuse as a vulnerable teenage athlete, who found the courage to talk publicly to stop the abuse of others,” Ford said. “Her courage inspired other survivors to end their silence, and we all know the result.”

Ford herself is known for coming forward to accuse Kavanaugh of sexually assaulting her when she was 15. She noted the risk Denhollander took in speaking about Nassar, and said she would “always be inspired” by the former gymnast.

“In stepping forward, you took a huge risk, and you galvanized future generations to come forward, even when the odds are seemingly stacked against them,” Ford said. “The lasting lesson is that we all have the power to create real change and we cannot allow ourselves to be defined by the acts of others.”

Although Tuesday’s event marked the first time Ford has been seen publicly since her Congressional testimony, she did issue a rare statement last month on a GoFundMe page set up to help her defray security costs, announcing that she is donating some money intended for her to organizations that support trauma survivors. 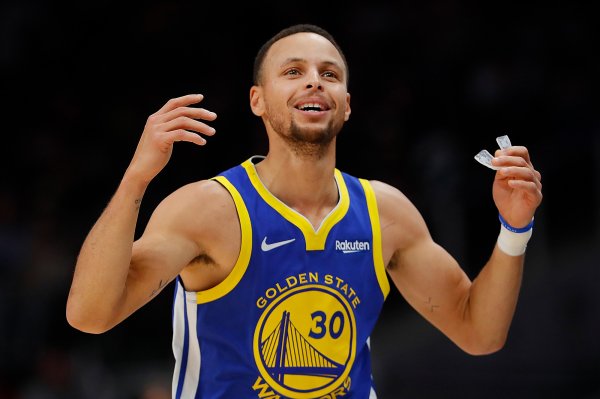