Review: The DJI Osmo Pocket Will Seriously Up Your Video-Taking Game

That fancy camera on your smartphone is great for everyday pictures and video, but what happens when you want to up your movie-making game, on a vacation perhaps? Then you may find that, even with stabilization software, your footage is shaky and altogether not that great. That’s where the new DJI Osmo Pocket comes in — a handheld 12-megapixel camera, it takes super-smooth video thanks to a special gimbal that keeps the lens stabilized along three axes. While it’s not perfect, travelers and vloggers especially may find it an essential tool to supplement their smartphone when the occasion calls for steady, crisp footage.

The Osmo Pocket is the smallest of DJI’s Osmo devices by far, a bit thicker than a typical smartphone but shorter and less wide. It’s also lightweight, weighing just over four ounces. Packing this in your bag, unlike a larger camera, won’t require a hasty cost-benefit analysis before you walk out the door. It slips into jacket pockets and purses just fine, too. The USB-C port on the bottom of the Pocket is a plus, and means you’ll be able to use one of the universal cables of the future to charge it, a process that takes about an hour.

The Osmo Pocket works without a smartphone, too, thanks to a pair of physical buttons, microSD card slot, and small touchscreen providing on-screen controls and doubling as a viewfinder. You can, however, use the Pocket’s expansion port to take advantage of smartphones with a Lightning or USB-C connector and gain access to more granular controls. That expansion slot also supports accessories like charging cases, extension rods, and accessory mounts.

You do have to be careful when stowing the Osmo Pocket away in its carrying case, as its gimbal is quite delicate — not “liable to break at any moment,” delicate, more “I’d rather not take my chances with this,” delicate.

Swiping from the Pocket’s touchscreen edges brings up your camera roll, control options, and other settings. You can also choose between multiple recording modes and gimbal settings. There’s certainly a learning curve when it comes to managing the gimbal’s movement. Adjusting the camera’s tilt using the on-screen slider helps, though it’s incredibly small and easy to miss, raising an issue with the Pocket’s design.

Perhaps the most frustrating aspect of the Pocket’s interface is its simplicity. It’s too basic, trying to do too much with its minuscule touchscreen, single record button, and slightly more functional secondary button, used to flip the camera around or easily switch between photo and video modes. Other than that, you’ll need to add an extra piece of hardware to the mix, be it the optional control wheel or a smartphone connected to the Pocket.

Annoying control scheme aside, the Pocket does wonders when it comes to actually capturing video. It records in either 1080p or 4K at 60 frames per second, and can record two hours of footage on a single charge. The 26mm focal length and f/2.0 aperture means you’ll capture a pretty wide shot and an impressive depth of field. Every video, whether recorded in the middle of the day or at night, was smooth as silk, and the Pocket’s microphones do a good job of recording quality audio as long as there’s not too much wind. Budding directors will fall in love with the cinematic look the Pocket delivers, and social media addicts will certainly impress their friends with stabilized videos and smooth sweeping footage. Shooting in 4K is pretty common among high-end smartphones, but none of them can match the mechanical stabilization the Osmo Pocket provides.

In terms of still photographs, the Pocket wasn’t all that impressive. It captures images in JPEG and RAW file formats, and has a night-friendly photography feature, though you’ll probably get sharper, more saturated photos through your smartphone.

In addition to its more-than-impressive video capabilities, the Pocket comes with a host of cool photo and video capture modes that let you shoot panorama photos, motion timelapses, and capture footage in FPV mode for your more esoteric cinematic choices. The Osmo Pocket’s active tracking is the camera’s killer feature, and can lock on to your face or whatever you choose to highlight, keeping it in frame until it’s out of the gimbal’s range of movement. Your smartphone might be able to find your face, but it won’t be able to follow that mug once you step a few inches to the side. It works well, and is perfect for keeping you in focus while shooting your next YouTube video, as long as it’s not in the dead of night.

You can connect your smartphone to the Osmo Pocket using its included interchangeable Lightning and USB-C connectors. Unlike the larger Osmo products, the Pocket doesn’t have a mount for securing your phone while you record, so you’ll have to hold it. The lack of a more robust connection between the two might leave users a bit worried if they’re not using both hands to secure it all. Still, you’ll love the extra features you get in addition to the boon of a viewfinder the size of your smartphone once you connect the two and open DJI’s Mimo app.

The app’s more granular control options for photo and video capture settings, and on-screen camera joystick, make adding your smartphone to the Osmo mix a great idea. You can offload videos from the Pocket to your smartphone, though be prepared to wait a while if you recorded 4K content. From there you can also take advantage of DJI’s Story Mode, which cuts and edits your videos down to a more social media-friendly clip. Taking advantage of the 10 templates and the various effects capable only with a gimbal is fun and dead simple. Sure, eventually your video will look like the hundreds of other videos using the preset, but at least it’ll still look cool.

Spending over $350 on a dedicated pocket camera won’t sit well with everyone, especially if you just dropped close to a grand on your smartphone with its own set of camera-related tricks. But the Osmo Pocket is for people who want to capture better footage than they can with their phone alone. The stabilizing gimbal, quality camera, and companion smartphone app make the DJI Osmo Pocket just as much a vlogger’s secret weapon as it is an indie director’s darling piece of equipment. Just make sure to put it back in the case when you’re done with it. 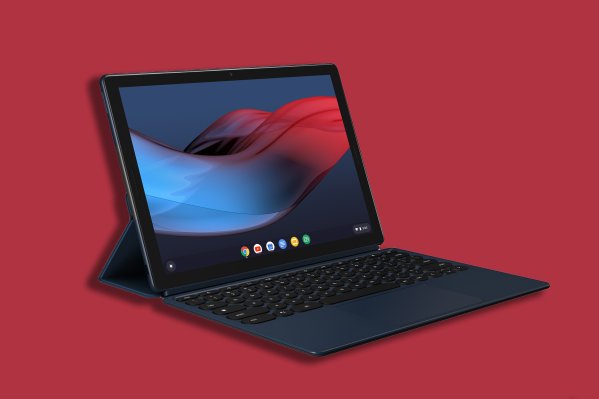