Behind the Scenes of the 2018 Person of the Year Issue

Journalism is a team sport, the saying goes, and that’s particularly true at TIME, where our co-founder Henry Luce helped pioneer the notion of “group journalism” nearly a century ago. To begin the process of choosing the Person of the Year, the entire staff gathers each fall—in person and patched in from around the world—for a spirited kickoff debate. As ever, the suggestions this year were fascinating and wide-ranging.

But as we narrowed our focus in the ensuing weeks, a connective thread emerged among the top contenders: the increasingly slippery nature of truth, and the many ways information is being used and abused across the globe. The world faces enormous, increasingly global problems that will require collaborative solutions, and yet what hope do we have if we cannot agree on the basic facts required to debate those solutions? And so we chose the Guardians—four individuals and one group—who have devoted their lives to seeking truth.

To help tell their story, we turned to photo journalist Moises Saman. In two decades of covering war and political upheaval, Moises has taken great risks himself, including a week’s detention in the notorious Abu Ghraib prison by Iraqi authorities while covering the U.S. invasion in 2003. He has been blacklisted for his work—something he shares with the exiled journalist Can Dündar, whom he photographed in Berlin for this project.

That was one of eight stops Moises made in a whirlwind sprint that took him some 30,000 miles—more than the circumference of the earth—over 17 days. “It was very different people in many different countries and many different contexts, but they all had this sort of common experience,” Moises says of his subjects. “It takes a lot of courage for a lot of these people to stay doing what they’re doing. It was really humbling.”

“This year’s choice may reflect ominous geopolitical trends,” notes executive editor Ben Goldberger, who oversees Person of the Year, “but it also shows that regular people can have enormous influence by standing for something bigger than themselves.” 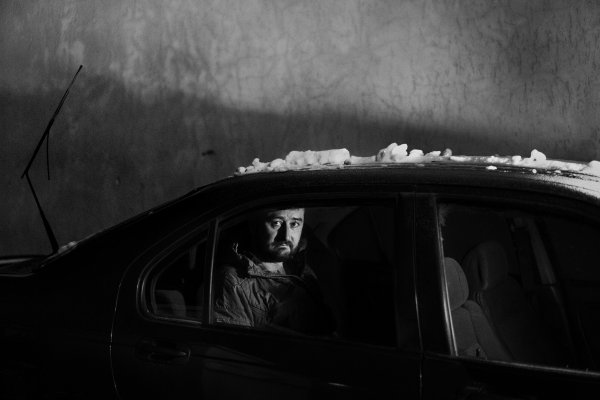 He Faked His Own Death to Save His Life. Did He Discredit His Profession By Doing So?
Next Up: Editor's Pick