The U.S. Supreme Court declined its first opportunity to rule on abortion since the confirmation of Justice Brett Kavanaugh.

The news on Monday may come as some consolation to abortion rights advocates who opposed Kavanaugh, fearing that the judge — who was replacing moderate retiring Justice Anthony Kennedy — would immediately work to restrict access to abortions.

However, both supporters and opponents of abortion rights argue that the Supreme Court may have simply wanted to avoid taking on an abortion-related case so soon after Kavanaugh’s rancorous confirmation fight, and that the justices will likely return to the issue in the future.

The cases were only tangentially related to abortion — federal dollars cannot fund the procedure. The states had instead cut off funding for other services at Planned Parenthood, including sexually transmitted infection and cancer screenings. Abortions accounted for 3% of the medical services Planned Parenthood provided in 2016, the group said. Planned Parenthood received about $544 million in government funding – about 37% of total revenue.

The decision split the conservative-leaning justices. Three justices, Samuel Alito, Clarence Thomas and Neil Gorsuch, issued a dissenting opinion, but Chief Justice John Roberts and Kavanaugh did not join them.

“What explains the court’s refusal to do its job here? I suspect it has something to do with the fact that some respondents in these cases are named ‘Planned Parenthood,’” Thomas wrote in his statement. He noted that the cases weren’t directly related to abortion.

In public statements, officials from Planned Parenthood declared the Supreme Court’s decision to be a victory both for their organization and for women’s access to healthcare.

“We are pleased that lower court rulings protecting patients remain in place,” said Dr. Leana Wen, President of Planned Parenthood Federation of America. “Every person has a fundamental right to health care, no matter who they are, where they live, or how much they earn. As a doctor, I have seen what’s at stake when people cannot access the care they need, and when politics gets in the way of people making their own health care choices.”

Outgoing Kansas Gov. Jeff Colyer said in a statement that the failure of his state’s case would not affect his resolve to cut funding to Planned Parenthood.

“We regret today’s decision from the U.S. Supreme Court announcing that it fell one vote short of taking our case against Planned Parenthood,” Colyer said. “My support of the pro-life movement will not be diminished by today’s development, and I look forward to future victories in defense of the right to life.”

Melissa Murray, a New York University law professor who specializes in constitutional and reproductive law and testified against Kavanaugh’s confirmation, says the Supreme Court’s decision not to hear the case will protect healthcare access for women who rely on Medicaid, including those who are indigent, live in rural areas and have limited financial resources.

However, Murray cautions that the court’s decision on Monday should not be taken as a sign that the new court will not address abortion-related cases in the future. Instead, she says, Roberts and Kavanaugh may have wanted to combat the public perception that the addition of Kavauagh would make the court more conservative.

“[Chief Justice Roberts] might be loathe to have the case before the court right now,” Murray says.

Murray says that it is also possible that the justices had decided not to hear the case for a banal reason—such as wanting to prioritize other cases.

Nevertheless, Murray says, it is unusual that three justices wrote a dissent to the court’s decision not to hear a case. Their opinion suggests that they are seeking to address abortion in future cases, Murray says.

“It’s clear that there are three justices that are dying to hear this case,” Murray says. She added that Kavanaugh and Thomas decision to withhold a dissent does not mean that they did not agree with the dissenting justices, but only that they did not want to hear the case at this time.

Catherine Glenn Foster, President and CEO of Americans United for Life, argued that there is a clear split in the lower courts and that the Supreme Court is neglecting its duty to clarify the law.

“The very role of the Supreme Court is to clarify issues like this for the people and for the states — and they’ve left people without guidance.”

Foster says that she agreed with Thomas’s implication that the court was unwilling to decide on cases that are related to abortion care.

However, she says she strongly suspects that the cases — or another like them — will return before the court soon.

“This issue is far from over,” Foster says. “Sooner or later the court is going to have to make a decision.” 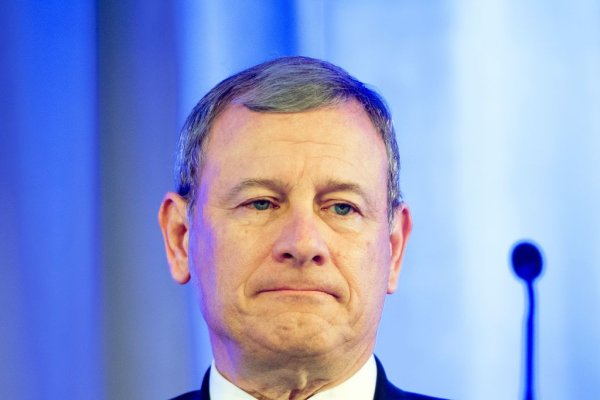 Trump Isn't the First President to Fight With the Supreme Court
Next Up: Editor's Pick