The National Institutes of Health (NIH) announced Monday that it will soon embark on a major research effort to find scientific alternatives to human fetal tissue, a switch that may affect research ranging from basic science to drug trials.

Human fetal tissue is commonly used by scientists to mimic human biology in order to understand normal development, study the effects of disease or test drugs. Its use in research is legal but fiercely opposed by some pro-life activists, given that it is procured after elective abortions.

Over the next two years, the NIH will supply up to $20 million for research that seeks to “develop and/or further refine human tissue models that closely mimic and can be used to faithfully model human embryonic development or other aspects of human biology, for example, the human immune system, that do not rely on the use of human fetal tissue obtained from elective abortions,” according to the announcement. The project — which, according to the announcement, is motivated by a desire to develop alternatives that would yield “more replicable and reproducible system[s] for broader uses” — is still in its preliminary stages; the announcement on Monday was just a notice of intent.

The news follows controversy over the use of human fetal tissue within the NIH. On Sunday, reports emerged claiming that the U.S. Department of Health and Human Services (HHS), the NIH’s parent agency, had directed all 6,000 internal NIH scientists to stop procuring human fetal tissue for use in research — a move that could jeopardize research in areas including HIV and eye diseases.

In statements provided to TIME, however, HHS and NIH officials disputed some details in those reports.

They confirmed that HHS in September terminated a contract with tissue provider Advanced Bioscience Resources, Inc. when it “was not sufficiently assured that the contract included the appropriate protections applicable to fetal tissue research or met all other procurement requirements.” At that point, the agency began auditing the use of all human fetal tissue in research and “put a pause in place for procuring new human fetal tissue [for] research conducted by NIH investigators,” officials said, though that pause did not extend to the roughly 300,000 external researchers working under NIH grants.

But officials said that move did not constitute a full ban on fetal tissue studies. Labs could continue working with fetal tissue already on hand, according to NIH officials, and were directed to notify administrators if they would need more for use in current studies.

“The intent was never to cause research to stop,” NIH officials told TIME.

Despite the NIH’s intent, Warner Greene, director of the Center for HIV Cure Research at the Gladstone Institutes, tells TIME that his research was stalled by the audit. This fall, Greene was about to begin a collaboration with Kim Hasenkrug at the National Institute of Allergy and Infectious Diseases’ Rocky Mountain Laboratories, which would have brought his lab’s HIV research into humanized mouse models, which require human fetal tissue. But when word of the audit came down in September, “essentially it stopped this line of investigation,” Greene says.

“We are very frustrated. I rarely use the word ‘very,’ but I think it’s appropriate here,” Greene tells TIME. “This is a routine experimental system that has been in active use for over 20 years. Now, just suddenly, out of the blue, to no longer be able to access the key tissues to make these humanized mice has just been devastating for our program.”

The Washington Post has also reported that a prominent HIV research laboratory at the University of California, San Francisco, which relies heavily on humanized mice, is in danger of shutting down due to issues with its NIH contract, apparently related to the use of fetal tissue. But NIH representatives, including the agency’s principal deputy director, told the Post that the contract had not been terminated, and said no final decision would be made until the audit concludes.

It’s unclear whether Greene and Hasenkrug’s research will resume in light of the NIH’s clarification. NIH representatives said they are investigating why Hasenkrug’s lab did not notify NIH officials about its continuing need for fetal tissue, and added that the agency is “currently assessing if there are other NIH intramural research projects that require procurement of new fetal tissue to determine appropriate next steps to prevent interruption of research.”

Nonetheless, some researchers who hope to use human fetal tissue may face delays depending on how long the audit lasts, or if at the conclusion of the audit the HHS elects to suspend fetal tissue research until alternatives are available. Without fetal tissue, for example, Greene said his lab would have to look into modeling HIV using macaque monkeys, which are costlier and more difficult to access than mice and would mean “starting completely from scratch.” Greene estimates switching to monkey models, if necessary, would delay his project by up to two years.

“We need to have this available,” Greene says. “It’s an unfortunate mix of politics and science. The two don’t mix well very often.” 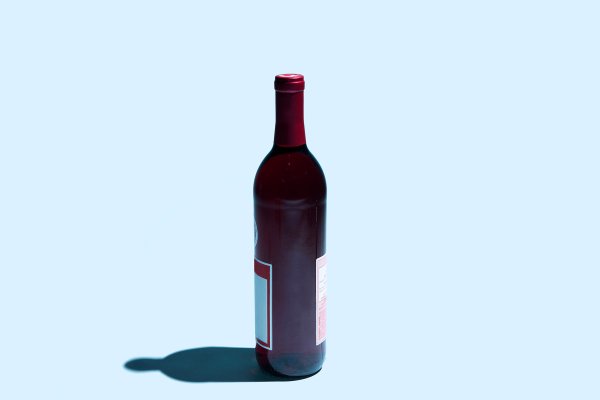 A New Study Says There Are 5 Different Types of Problem Drinkers. Here's What They Are
Next Up: Editor's Pick