'I Hate Being the Story.' The Capital Gazette Reflects on Life After a Newsroom Shooting

Andrea Chamblee, 57, wore a bright yellow shirt that read “Journalism Matters” as she fiddled with the rings on her fingers. They signified 33 years of marriage to her husband, John McNamara.

One of the diamonds fell out while she was gardening about nine months ago, she explained. Unable to find it, Chamblee and McNamara replaced the stone with one that was a bit larger, reflecting the greater financial security they had achieved since they wed.

The updated ring was supposed to signify a new chapter of their lives together, she said, while trying to maintain her composure. “Only it turned into a different chapter.”

McNamara, 56, was one of the five employees shot and killed at the Capital Gazette newsroom in Annapolis, Md., on June 28. The new chapter she thought they’d share together would have to be one without him.

Chamblee and several of the newsroom survivors gathered in Washington, D.C. on Sunday, Dec. 9 to visit a new museum installation honoring the five staffers who lost their lives that day. While in Washington, they sat down with TIME to discuss why the mission of community journalism is more important than ever — especially in an age where the profession can be increasingly dangerous.

“I think a lot of people don’t understand how important what goes on in their community is to them and how it affects their quality of life — maybe until it’s gone,” Chamblee said.

Nothing is going to stop her from telling people’s stories and seeking the truth, she said. “I think it’s what I’m meant to do,” she added. “Even after I was almost killed for it — it’s what I have to do.”

The Capital’s staff is accustomed to covering harrowing news — all community journalists are. They’re the ones who are there when fires incinerate buildings or when cars bend around utility poles. But they never imagined the hardest story they’d have to tell would be their own.

“I’m here today because members of my staff wanted to come down and participate,” Capital editor Rick Hutzell said, noting it was his first sit-down interview since the day after the shooting.

“I hate being the story.” 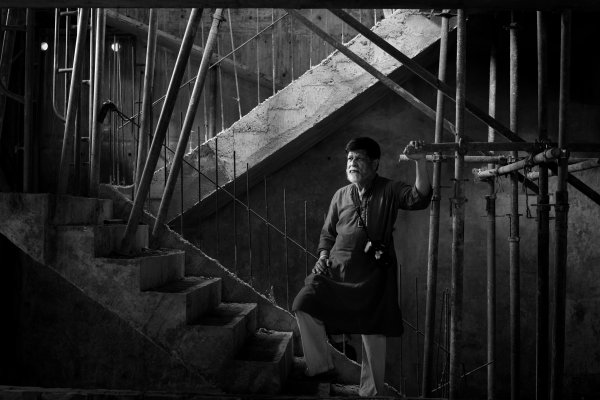 Inside a Bangladeshi Journalist’s Dangerous Journey From Photographer to Prisoner
Next Up: Editor's Pick