The Best iPhone and Android Apps of 2018

Between the iPhone XS, the Samsung Galaxy S9 and the Google Pixel 3, our smartphones have gotten better than ever. But great hardware means almost nothing without great software to take advantage of those high-performance processors, brilliant displays and incredible cameras.

To that end, these are our favorite iPhone and Android apps of 2018, from productivity to photography and everything in between.

Two-factor authentication (2FA) can help keep your online accounts secure even if a hacker swipes your username and password. Instead of relying on less secure authentication codes texted to your phone, Authy uses periodically-generated random strings of numbers to make sure you’re kept safe, and acts as an authentication code hub for every service that supports 2FA. (iOS, Android) — Patrick Lucas Austin

If you’re a mobile shutterbug frustrated by the lack of pro-level features on your iPhone’s default Camera app, give Halide a try. Designed with photographers in mind, it makes it far easier to manually change important settings like exposure compensation, while adding other goodies like focus peaking, better depth-of-field control and RAW compatibility. (iOS) — Alex Fitzpatrick

If you write, you should write in Drafts. The iOS app is designed to be the first stop for writing, whether it’s a message to a friend, a tweet, or a full-blown novel. You can incorporate automated actions to your routine, write or convert text to the versatile Markdown language, and customize the interface in nearly every way, right down to the margins. (iOS) — Patrick Lucas Austin

An addition that came alongside Apple’s latest big iOS update but flew largely under the radar, Shortcuts is a subtly powerful tool that can automate a wide range of tasks. People are using it to do everything from downloading YouTube movies for offline viewing to checking an item’s price history on Amazon while deal-hunting. (iOS) — Alex Fitzpatrick

Public libraries are wonderful places, but it can be a pain to get to one in person every time you want something new to read. Put your local library in your pocket with Libby, an ebook- and audiobook-borrowing app with a wealth of literary offerings available on demand. You’ll need a library card to use it, but if you’re a bookworm, you should probably get one of those anyway. (iOS, Android) — Alex Fitzpatrick

Tracking your workouts or training routines can be difficult if you’re just starting out. Fitbod helps keep your gym sessions on track by automatically building routines based on the equipment you have around and the exercises you’re able to do. It even shows which muscle groups you worked and their estimated level of fatigue after each session. The personalized workout regimen is accompanied by instructional videos showing you just how to push, pull, twist, and generally get swole. (iOS) — Patrick Lucas Austin

Robocalls — automated spam calls — seem to have gotten far more frequent over the last year, despite phone companies’ promises to clamp down on the problem. Take action with Nomorobo, an app that promises to help block spam calls before they interrupt yet another meeting or dinner date. (iOS, Android) — Alex Fitzpatrick

You’ve got too many subscriptions to count, so why not keep them all in one place? Use Bobby to manage and get reminders for every service, keep track of when bills are due, and see how much you’re spending every day, week, or month. (iOS) — Patrick Lucas Austin

With analog photography on the rise lately, it’s no surprise that a wealth of apps have sprung up to replicate the results from shooting on film. The best of the bunch is Huji Cam, which you can use to take film-like photos with light leaks, analog-style timestamps and all. Users can also apply the effect to photos they’ve already taken. (iOS) — Alex Fitzpatrick

The utilitarian clipboard manager Copied is perfect for people who love to share, organize, or save what they find. Sending your copied text, link, or image to the app lets you store it for later sharing. You can further organize your copied content by list, glance at your clipboard via your iOS device’s widgets, and sync lists across your devices using iCloud. (iOS) — Patrick Lucas Austin 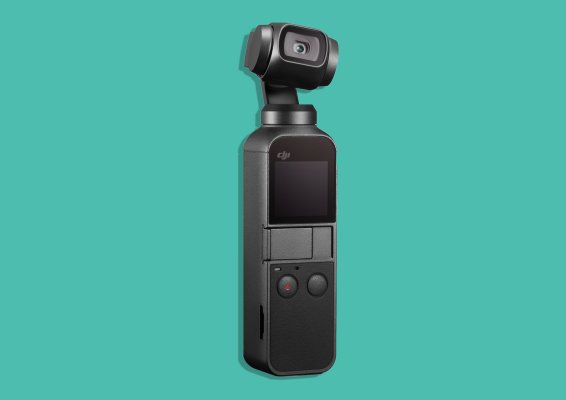 Review: The DJI Osmo Pocket Will Seriously Up Your Video-Taking Game
Next Up: Editor's Pick