“On behalf of New Zealand, I want to apologize to Grace’s family. Your daughter should have been safe here and she wasn’t and I’m sorry for that,” Ardern said, according to Agence France-Presse. “There is this overwhelming sense of hurt and shame that this has happened in our country, a place that prides itself on our hospitality, on our manaakitanga, especially to those who are visiting our shores.”

Millane, who disappeared on the eve of her 22nd birthday, was in New Zealand as part of a yearlong trip abroad that began in Peru. She arrived in New Zealand in late November and was last seen on Dec.1, when she entered an Auckland hotel with a man. Her family got worried when she didn’t contact them on her birthday. Gillane’s father flew to New Zealand last week.

New Zealand Police believe a body found on Dec. 9 is that of Millane though further identification is ongoing.

A suspect has been arrested and appeared in court the same day Ardern addressed the media. He will reportedly remain in custody until Jan. 23.

The case is a rare for New Zealand, which has a low annual homicide figure in the double digits. 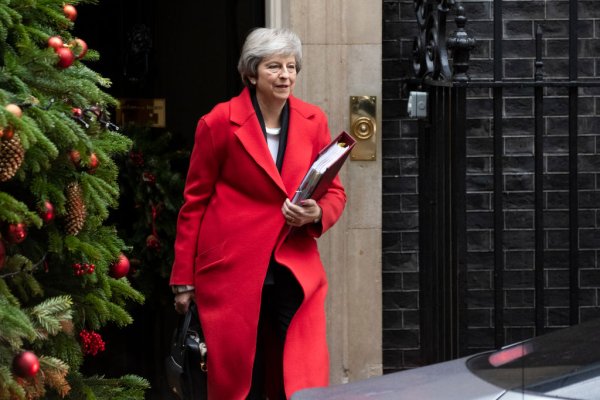 Theresa May Faces Decision Day on Whether to Postpone Brexit Vote
Next Up: Editor's Pick