The first professional transgender male boxer in U.S. history made his pro debut on Saturday— with a decisive win.

Although the bout only lasted for 12 minutes, Manuel’s journey to the fight began years ago, the Times reported.

Manuel decided to transition to become a man a few months after he fought in the 2012 Olympic trials as a woman.

In addition to complex medical treatments, including surgery and hormone therapy, Manuel faced added challenges to preserve his boxing career. Besides working to get a new license, Manuel also lost his coach and his training facility, which were unwilling to work with him after his transition, the Times said.

Manuel told the Times that he was excited to be in the ring.

“I wouldn’t trade any of it. It was worth everything I went through to get to this point,” he said. “I’m a professional boxer now.”

Manuel told an interviewer after the bout that he is determined to keep moving forward.

“I’ve got some naysayers out there— I need to prove that I deserve to be in there as well. I’m not in here for one show, one fight— this is something I love. I’m not done with this sport and I’ll be back,” Manuel said.

Aguilar, who had learned that his opponent was transgender two days before the fight, reportedly handled his defeat with grace.

“For me it’s very respectable,” he told the Times in Spanish. “It doesn’t change anything for me. In the ring, he wants to win and I want to win too.” 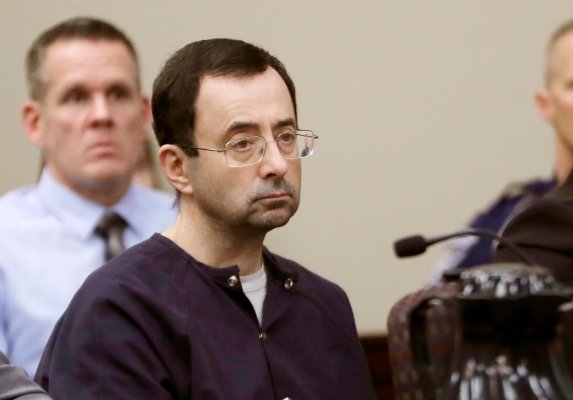 USA Gymnastics Bankruptcy Will Delay Search for Truth
Next Up: Editor's Pick