Khal Drogo is back— at least on SNL this week.

Jason Momoa, who is starring in the upcoming Aquaman film, reprised his Game of Thrones role as Khal Drogo in an SNL sketch on Saturday night. Before being killed off by a witch in the popular HBO show’s first season, Khal Drogo was the leader of a horde of Dothraki, a race of nomadic horse-riding warriors, and stole the heart of the “Mother of Dragons,” Daenerys Targaryen.

As the show approaches the premiere of its final season this April, rumors have popped up that Khal Drogo will be returning as a ghost or a vision.

In the Saturday Night Live sketch, Khal Drogo and Kenan Thompson as “Zerbo”– who claimed to be one of the Khal’s blood riders— host a talk show called “Khal Drogo’s Ghost Dojo,” to invite characters killed off of the notoriously bloody show.

When Zerbo asks Khal Drogo about his plans for the weekend, he takes the question very seriously.

“I will kill the men in the iron suits and tear down their stone houses,” Khal Drogo says.

“Very cool, very chill,” Zerbo responds. “You mind closing your legs just a little bit there, Khal? You ever heard of the term ‘manspreading?’’”

Apparently not a fan of the “woke” criticism, Khal Drogo pulls out a dagger and stabs Zerbo to death.

“You never know how fast they’ll kill off a character!” Zerbo says as he collapses.

Fortunately, Zerbo reincarnates with the help of a little witch magic in time to welcome the show’s other guests, including Kate McKinnon as King Joffrey Baratheon, Beck Bennet as the lovable giant Hodor and Pete Davidson as the High Sparrow.

You can watch the whole sketch below: 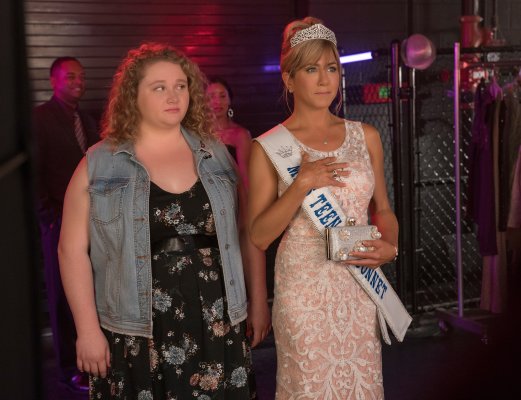 Netflix's Dumplin' Is a Salve for Misfit Teens and Danielle Macdonald Is its Secret Weapon
Next Up: Editor's Pick