'You Can't Do It That Way.' Rex Tillerson Opens Up On His Tensions With Trump

Former Secretary of State Rex Tillerson hasn’t spoken much about his days in the White House since being fired nearly nine months ago. That is, until Thursday, when he was interviewed at a fundraiser in Houston and outlined why he and President Donald Trump ultimately could not work together.

“So often, the President would say, ‘here’s what I want to do and here’s how I want to do it,’ and I would have to say to him, ‘Mr. President, I understand what you want to do but you can’t do it that way. It violates the law,'” Tillerson said. “I didn’t know how to conduct my affairs with him any other way than in a very straightforward fashion.”

“I think he grew tired of me being the guy every day that told him you can’t do that,” he said.

Before joining the White House in February 2017, Tillerson was the CEO and chairman of ExxonMobil. At the event in Texas, he said the roles were very different.

“What was challenging for me coming from the disciplined, highly process-oriented Exxon Mobil corporation,” Tillerson said, was “to go to work for a man who is pretty undisciplined, doesn’t like to read, doesn’t read briefing reports, doesn’t like to get into the details of a lot of things, but rather just kind of says, ‘This is what I believe.’”

Tillerson also suggested he does not approve of social media as a way to disseminate and learn of vital policy updates.

“I will be honest with you, it troubles me that the American people seem to want to know so little about issues, that they are satisfied with a 128 characters,” he said, adding, “It’s really a concern that I have about us as Americans and us as a society and us as citizens.”

Tillerson reportedly learned of his firing via Twitter, when Trump announced former CIA Director Mike Pompeo would be replacing him in March of 2018.

Trump criticized Mueller and the overall Russia investigation in a string of tweets Friday morning.

Former FBI director James Comey will also meet with some House members on Friday as part of a probe into how federal law enforcement officials handled investigating Hillary Clinton’s emails and Trump’s alleged ties with Russia. 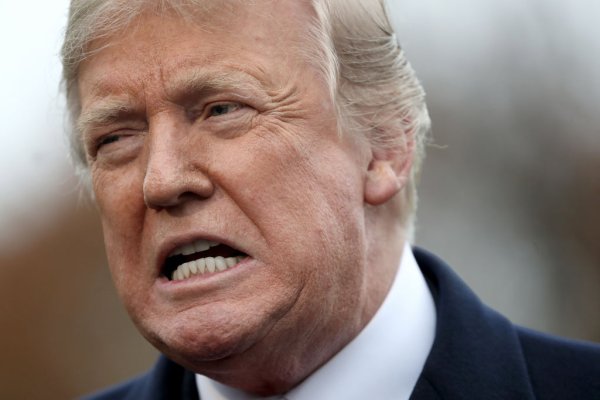 Trump Defends Pursuit of Russia Business
Next Up: Editor's Pick