Israeli Prime Minister Benjamin Netanyahu gestures while delivering a speech before lighting a stylised-menorah during the start of Hanukkah, the Jewish festival of lights on Dec. 2, 2018 in Ramat Gan, Israel
Lior Mizrahi—Getty Images
By Ian Bremmer

On Sunday, Israeli police officially recommended that Israeli Prime Minister Benjamin “Bibi” Netanyahu be indicted for bribery, fraud, and breach of trust. Their long-running investigation concluded that Netanyahu helped the controlling shareholder of Israel’s biggest telecom conglomerate get favorable regulations passed in exchange for positive media coverage for Netanyahu and his family.

The decision whether to indict Netanyahu now falls to the country’s Attorney General; Netanyahu maintains that he is innocent of all charges and that this is all a politically-motivated “witch hunt.” All this is set against a backdrop of heightened security tensions for Israel with Hamas in Gaza, Hezbollah in Lebanon, and Iranian forces in Syria.

Netanyahu has held Israel’s premiership for more than a decade, making him one of the longest-serving leaders in Israel’s history. His departure from Israeli political life would fundamentally alter Israel’s political landscape, whether it’s through the courts or through an election defeat. So too would his decision to try and fight the charges while remaining in power, an unprecedented move and serious hit to Israel’s reputation as one of the Middle East’s few genuine democracies.

But Netanyahu’s potential departure would also transform the landscape of Middle East geopolitics more broadly; along with Saudi Arabia’s crown prince Mohammed bin Salman, Netanyahu has been one of the top Trump allies in the region, and has been an unyielding critic of Tehran. Much of U.S. policy in the Trump era has been a direct result of the personal friendliness between U.S. President Donald Trump and Netanyahu. It’s not clear what the U.S.-Israel relationship would look like with a wildcard like Trump dealing with someone other than Netanyahu.

Complicating matters even further: Israel must hold elections by Nov.5 next year. Netanyahu had been gearing up to call elections in November or December of this year to capitalize on some political momentum, but he was forced to abandon those plans following a flare-up of violence in Gaza between Palestinian militants and the Israeli military for a couple of days in the middle of November. A truce was called quickly between the two sides (neither of whom wants to shoulder the significant financial and human costs of prolonged military engagement), but it was a PR-fiasco for Netanyahu. Roughly three-quarters of Israelis say they disagree with Netanyahu’s approach to Gaza, and his hard-right Defense Minister Avigdor Lieberman resigned from his post and left the governing coalition (Lieberman called the truce a “capitulation to terrorism”), leaving Netanyahu’s coalition with a 1-seat majority in Israel’s parliament and politically-reeling.

But that’s not the end of the story. Just this week—and a couple of days after the police’s indictment recommendation was announced—the Israeli military revealed it had discovered a tunnel underneath the Israel-Lebanon border, the most significant discovery yet of the Israeli military’s new “Operation Northern Shield” push against Hezbollah, the Iranian-backed military and political group. Critics accuse Netanyahu of orchestrating the reveal as a way of deflecting from his current political woes (the Israeli newspaper Haaretz cheekily referred to it as “Operation Netanyahu Shield”). Regardless, the announcement burnished Netanyahu’s security credentials, which is a central component of his political appeal.

As for the indictments—a couple months ago it was rumored the country’s Attorney General would decide whether to press charges against Netanyahu by April 2019. Last week, the Attorney General added a second team of prosecutors to ensure the state’s case was ironclad before moving on to the politically-explosive decision of indicting a sitting prime minister, which pushes a likely decision past April.

Expect Netanyahu to call for elections in April or May as a way of conflating the criminal charges with politics, weaving a narrative of a politically-motivated push against him. And he could yet win; currently, Netanyahu enjoys broad if not deep support from the Israeli public. He’s boosted enormously by the fact that the opposition against him (both inside and outside his party) is deeply fragmented.

The Key Fact/Number/Statistic That Explains It:

Police reportedly spoke to 60 witnesses in 176 sessions before making the recommendation to indict.

That getting rid of Netanyahu will necessarily lead to more dovish policy when it comes to the Palestinian territories or the broader Middle East. Overseas, Netanyahu is seen as both politically far-right and militarily aggressive. But within Israel, it’s not the case. His most serious political threat is from the right, not the left or center—especially from ultra-nationalist parties seeking to expand and solidify Israeli control in the West Bank. Militarily, he is extremely cautious — too much so for many in his coalition.

In a vacuum, Netanyahu would already be gone given the severity of the accusations against him. But he doesn’t have any credible opponents given the fractured nature of Israel’s opposition. A reminder that in healthy democracies, having a strong opposition isn’t just a luxury, it’s a necessity.

“Witch hunt.” “Fake News.” Trump’s critics may think he’s a joke, but Trump’s misappropriating of the English language is having real effects around the world… even by people who know how to speak English a whole heap better than he does. Netanyahu is exhibit A. 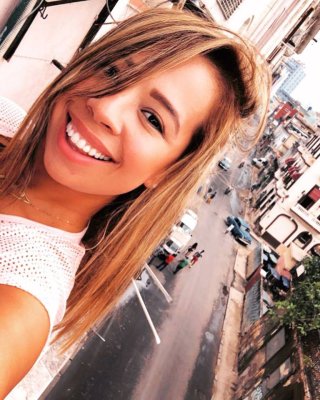