(Bloomberg)—As the labor market tightened in 2018, organizations turned to one benefit in particular to attract and retain U.S. employees: Paid family leave.

After Starbucks Corp. and Walmart Inc. extended paid time off to hourly workers in January, 18 more large companies followed suit. As a result, an estimated 4.8 million people had access to more generous paid leave benefits this year, according to data compiled by PL+US, a paid leave advocacy organization.

Many employers, like General Mills Inc., increased the amount of paid time off available to new moms and added the benefit for new dads, too. Paid time off to care for a sick relative or loved one is also on the rise, the survey found. About a dozen companies now say they offer paid caregiver leave, up from just two in 2017.

The U.S. remains the only high-income country that fails to provide paid family leave, and companies have typically only extended their benefits to salaried or full-time workers. This year, that started to change. In addition to Starbucks and Walmart, H&M, Dollar General Corp. and Darden Restaurants Inc. extended their policies to cover more classes of workers. Now more than half of the 57 largest employers tracked by PL+US now offer the same amount of leave time to all classes of employees.

“When a few big companies implement a policy there’s a little bit of follow the leader,” said Annie Sartor, an advocacy director at PL+US. “They’re leveling up.”

They’re also getting pressure from their employees. Millennials, now the biggest demographic in the U.S. workforce, have pushed for paid family leave as they age into parenthood. At H&M, union members worked for two years to get paid family leave for part-time workers; their new contract, signed earlier this month, includes the expanded coverage.

“When employees demand it companies have to respond, especially when unemployment is so low,” Sartor said.

Workers aren’t alone in advocating for better family benefits. Earlier this year Microsoft Corp. announced that it would require the companies it contracts with to provide at least 12 weeks of paid time off at the birth or adoption of a new child, establishing the influence a big company can exert over its business partners.

Even so, most employees — 83 percent, according to the Bureau of Labor Statistics — don’t have access to paid family leave. The federal Family Medical and Leave Act guarantees 12 weeks of unpaid leave for certain workers. The policies at many major employers don’t cover large swaths of workers. Contract workers in particular, who make up nearly 7 percent of the workforce, are still largely excluded, though that too is under scrutiny: Google employees recently lobbied the company’s CEO demanding more generous coverage for the tech giant’s contractors. 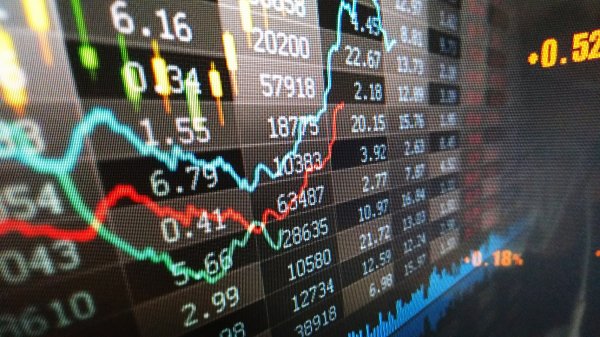 Stocks Sink to 8-Month Low Over Fears of Escalating Trade War
Next Up: Editor's Pick