USA Gymnastics’ announcement Wednesday that it was filing for Chapter 11 bankruptcy protection was in some ways expected. The embattled organization is currently under investigation by Congress and under threat of losing its status as the national governing body for gymnastics by the US Olympic Committee (USOC). It faces more than 100 lawsuits by gymnasts who claim that the organization failed to act to protect them against sexual abuse by Larry Nassar, who for many years was the national team doctor, even after reports of his abuse were made to USA Gymnastics officials.

Board chair Kathryn Carson said in a statement that the move is meant to “expedite resolution of claims by the Nassar survivors.” However, John Manly, the attorney who represents more than 100 of those survivors – including Olympians McKayla Maroney, Aly Raisman, Kyla Ross and Jordyn Wieber – says the bankruptcy filing will delay, not speed up resolution of those lawsuits. Manly is currently taking depositions and discovery in some of those suits, which are now on hold because of the bankruptcy filing.

“If the goal is to delay, this is what you do,” he tells TIME. “We have depositions and request for other discovery and subpoenas lined up to get at the meat of what they knew and when they knew it [about the sexual abuse]. Bankruptcy stops that because there is an automatic stay on litigation.”

In its filing, USA Gymnastics lists former CEO Steve Penny, who led the organization during much of the time Nassar abused gymnasts, as the largest creditor, with a nearly $340,000 claim. Penny resigned in 2017 as the sexual abuse allegations mounted, and he and the organization were criticized for how they handled the abuse reports. He left USA Gymnastics with a reported $1 million severance, approved by the board. And in October, Penny was arrested after he was indicted on charges of tampering with evidence in the Nassar case. Texas law enforcement officials charged Penny with ordering removal of documents from USA Gymnastics’ national training center, the Karolyi Ranch, in 2016.

In her statement, Carson said that any money USA Gymnastics may owe as a result of the lawsuits — when they resume — would be covered by the organization’s insurance policies.

But those athletes with pending lawsuits will have to take yet another legal step because of USA Gymnastics’ decision to file for Chapter 11 protection. The federal bankruptcy court in Indianapolis, where the organization is based, will set a time during which all creditors must step forward and file a claim for any funds they are owed by USA Gymnastics. Creditors usually have four to six months to file these claims, and the gymnasts currently suing USA Gymnastics must also file this separate claim for any damages or recompense they feel they are owed.

From the survivors’ perspective, the delay in the litigation means they will continue to search for answers about why the organization they believed was protecting their best interests allowed Nassar to continue to treat them — at competitions, including in hotel rooms, and at training camps — even after many of them had reported his abuse to USA Gymnastics officials.

“I think USA Gymnastics thinks this is now just about money,” says Manly. “My direction from my clients is that we are not discussing money until we get the truth. The bankruptcy definitely makes it difficult; it delays things and is definitely not a win for us. But we have trial dates set, and we are moving toward trial.” 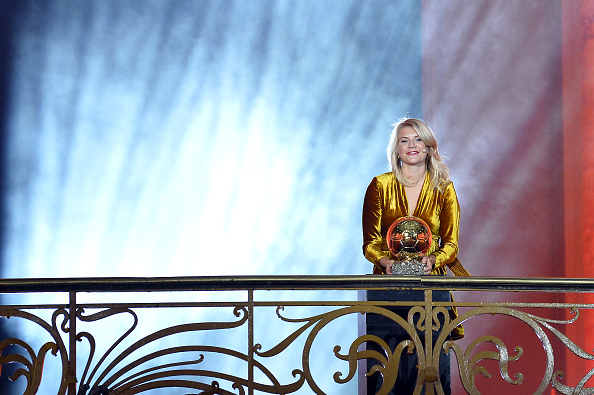 The First Woman Soccer Player of the Year Was Asked to Twerk on Stage After Receiving Her Award
Next Up: Editor's Pick