Google’s latest tablet, the $599-and-up Pixel Slate, is its answer to a future wherein devices pull double-duty. Like Apple’s iPad Pro and Microsoft’s Surface Pro, the Pixel Slate is a tablet designed to pair with a keyboard to become more like a laptop. It relies on Chrome OS, Google’s web browser-focused operating system, which also supports some Android apps.

On paper, the Pixel Slate looks like a capable product backed by the same company that produced the stellar Pixel 3 smartphone. But in reality, the Pixel Slate is just another tablet biting off more than it can chew. While it handles web browsing just fine, the proposition falls apart as soon as you exit its Google Chrome browser, its great ideas hamstrung both by Google’s software decisions and a small platoon of bugs.

The Pixel Slate is a sleek-looking tablet, clearly designed to be used while connected to a keyboard case. The entire front is covered in a sheet of glass, while the rounded edges and flat back are aluminum. Both the front and rear cameras are 8 megapixels, and sit flush with the Slate’s body. On either side of the display sits a front-facing speaker, perfect for blasting audio right at your face instead of off to the side (or worse, behind the device). In terms of performance, the cheapest Pixel Slate features a paltry 32GB of storage and an Intel Celeron processor. Spending as much as $1,600 gets you a proper Intel i7 processor and a roomier 256GB of storage — but at that point, you’re well within the territory of high-quality full-blown laptops.

The 12.3-inch display has a 3000×2000 LCD that delivers when enjoying HD videos and editing photos. Google was smart to include a USB-C port on either side of the Pixel Slate, but its omission of the headphone jack and lack of an included pair of USB-C headphones sours what should be a well-received design choice. Buyers should be ready to break out the wireless cans, buy a USB-C hub, or spend money you shouldn’t have to on some finicky USB-C headphones.

Google’s optional $199 keyboard case is anything but, considering the Pixel Slate’s dismal selection of quality tablet apps. It snaps into place via the Slate’s smart connector, and includes a trackpad so you can point-and-click to your heart’s content, a feature that Apple’s competing iPad Pro is sorely lacking. Typing on the Slate’s backlit keys is a breeze, with a handful of customizable Google-specific keys. The case also features an adjustable “kickstand” that uses magnets to slide smoothly up and down the back of the Pixel Slate, letting users choose from a wide range of angles.

But the keyboard adds its own set of frustrations. Magnets keep it attached to the Pixel Slate’s screen when closed, but they are too weak to be reliable. The closed lid sags as though whatever held up its keyboard in place has long since given up the ghost. In addition, while I was testing it, the keyboard would sometimes seemingly disconnect from the Slate, rendering itself useless until I detached and reattached it. And in certain apps, even Google’s own included options, the mouse cursor would often disappear until I restarted the app in question or reattached the keyboard.

The Pixelbook Pen is Google’s stylus answer to Microsoft’s Surface Pen and Apple’s Pencil, though it’s missing the useful magnetic attachment point. You can use it for annotating, writing notes, or sketching. Serious artists wanting a good drawing experience should look elsewhere, as the lag encountered in more than a few drawing apps was distracting. You can also use Google to search for whatever you decide to circle with the stylus, but the parlor trick is unreliable — Google often struggled to recognize a word I wanted defined or a dog breed I wanted recognized.

The Pixel Slate is powered by Google’s Chrome OS, commonly found on entry-level Chromebooks, the kind most often used for casual web browsing and document-editing, and a mainstay in modern classrooms. That’s a drawback here. While Google’s Chrome browser loads websites with aplomb, the OS is often frustrating when it comes to other tasks. On the Slate, it feels riddled with minor bugs and missing features. Switching between apps showed me black boxes where previews should’ve appeared. The lack of touch-friendly gestures made switching apps or going back to the home screen a hassle. Settings for adjusting preferences are haphazardly organized and difficult to find. I spent just under an hour searching for a way to edit an app’s preferences and change some accessibility features before giving up and Googling its location. You can do a decent amount of work just in browser-based apps like Google Docs, but the Slate should be capable of more.

While Google has been working to bring Android apps to Chrome OS, using them on the Pixel Slate has been a real headache — mostly because they aren’t optimized for the device or its screen size. But there are little problems that add up quickly, too: keyboard shortcuts in apps like Slack don’t work, the fingerprint reader embedded in the power button goes unrecognized in apps like password managers, and the lag encountered when using the Pixelbook Pen while drawing renders it useless.

Unfortunately, the Pixel Slate is ruined by bad software, through and through. The shining spot, its Chrome browser, is the only aspect that works as expected. Everything else feels unpolished, and the attempt to graft Android’s most useful bits onto Chrome OS falls flat here. Google’s pitching the Pixel Slate as an iPad competitor, which is in turn a Surface competitor. Unfortunately for Google, both Microsoft and Apple have stables full of apps designed to run on their devices. Google, on the other hand, is largely hoping the web browser is good enough for now — but it isn’t. It’s a real shame, too. The Pixel Slate has plenty of potential, but it will never be unlocked by a browser alone. 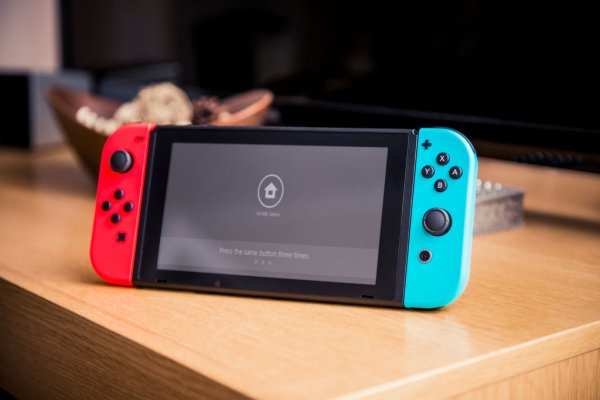 These Are the Best Cyber Monday Deals in Tech
Next Up: Editor's Pick