(Bloomberg)—The sell-off in global stocks deepened, leaving U.S. shares mired in the steepest two-day slide since February and European equities at a two-year low as concern mounted that the rate of global economic growth has peaked. Oil slid as OPEC ministers met in Vienna.

The S&P 500 has tumbled more than 5 percent in two sessions, while the Dow Jones Industrial Average shed almost 1,500 points on bets that the trade truce between China and the U.S. won’t last after the arrest of Huawei’s chief financial officer. Financial shares led the drop, as Treasury yields fell to the lowest since August with traders starting to doubt the Federal Reserve will raise rates even once next year as economic growth falters.

Oil continued to be a drag on financial markets, with West Texas Intermediate back below $51 a barrel as OPEC ministers seek a deal to cut output. Energy producers in the S&P 500 sank more than 3 percent, and emerging-market equities plunged.

Some of the main market moves:

The KBW bank index is down more than 8 percent in two days to the lowest since September 2017. All 30 Dow components dropped, with Boeing off 6.1 percent and Apple down 3 percent. Energy producers tumbled 3 percent as curde slumped to $51 a barrel. The front end of the yield curve continued to lead Treasuries higher, helped by a large block trade in 2-year futures“The biggest qualm is the trade war escalating and this is haunting the markets,” said Naeem Aslam, chief market analyst at Think Markets U.K. in London, in an email. “It is arduous to find bulls in the market and it seems to me that this game is about to become uglier.”

Traders pointed to a spate of other catalysts for the renewed risk-off tone that’s gripping financial markets. Bank of Japan Governor Haruhiko Kuroda said economic risks from abroad could be severe, and the Federal Reserve’s Beige Book report showed fading optimism over growth prospects at U.S. firms even as most districts continued to report a modest expansion. The pound drifted as U.K. Prime Minister Theresa May searched for a compromise to avoid a crushing defeat on her Brexit deal in a key vote in Parliament next week.

“There are so many forces weighing against markets right now, whether it’s the China slowdown, weak European data, Fed hikes, uncertainty around trade and now Brexit as well,” Bilal Hafeez, head of fixed-income research for EMEA at Nomura, told Bloomberg TV. “We really need to see some stabilization in any of those factors to see markets stabilize now.”

Whether or not it triggered the slide, Canada’s arrest of the Huawei CFO and reports it may extradite her to the U.S. are a blow to already fragile sentiment, just days after an apparent breakthrough on trade between America and China. The start of the futures session was marred by a sudden and unexpected plunge that sent a shock wave across equity markets.

“The arrest of the Huawei Technologies CFO gives no confidence that anything the administration came back with after Saturday night’s dinner could possibly be positive,” said Bob Iaccino, chief market strategist at Chicago-based Path Trading Partners, in an email. “This is a huge negative.”

Some of the key events investors will be focused on this week:

OPEC ministers meet in Vienna Thursday. Friday brings the U.S. monthly employment report for November. China November trade data are due on Saturday.And here are the main moves in markets: 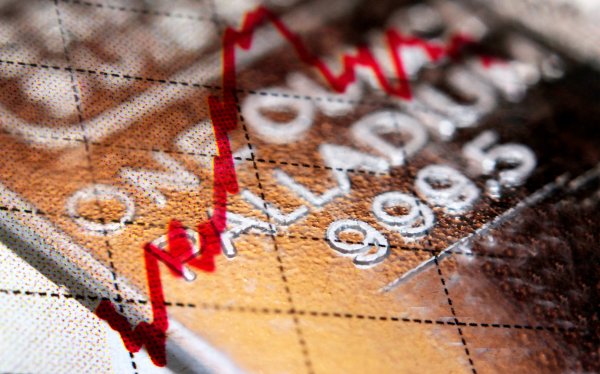 Forget Gold, This Precious Metal Is Going Crazy Amid the Stock Slump
Next Up: Editor's Pick