11 New Books to Read This January

No matter your resolution, there’s no better time than the new year to start reading more. The first month of 2019 brings with it new books that are filled with stories of adventure, survival and obsession. From intense crime thrillers to deeply affecting memoirs, there’s no shortage of interesting books to kick off the new year. Here, 11 books you should read this January.

The Truths We Hold: An American Journey, Kamala Harris (1/8)

In 2016, Kamala Harris made history when she became the country’s second black woman ever elected to the Senate and California’s first. Her memoir highlights her dedication to public service, detailing her journey as a prosecutor out of law school to becoming District Attorney of San Francisco to her rise to the U.S. Senate. Democratic Sen. Harris’ passion for helping others is on full display in The Truths We Hold, where she shares her insights on leadership, problem solving and the power of speaking your truth.

Buy now: The Truths We Hold: An American Journey

The desolate, dying town of Riversend is left rattled when a young priest shoots and kills five men outside his church. One year later, journalist Martin Scarsden is sent to report on how the community is dealing with the tragedy. As Martin talks to more townspeople, he realizes details he’d learned about the shooting — theories his own newspaper reported in an award-winning investigation — might be incorrect. Things get even more complicated when two bodies are found in the scrublands, furthering Martin’s determination to unearth the truth.

An Orchestra of Minorities, Chigozie Obioma (1/8)

The Man Booker finalist’s second novel follows Chinonso, a poultry farmer whose life completely changes after he stops a woman, Ndali, from jumping off a bridge. He falls in love with Ndali, who is from a wealthy family, and sells almost everything he has to enroll in college so her family will accept him. Chinonso is guided by his chi, a guardian spirit who narrates the story and helps him through a tumultuous journey as his plans begin to crumble.

Buy now: An Orchestra of Minorities

You Know You Want This: “Cat Person” and Other Stories, Kristen Roupenian (1/15)

Kristen Roupenian’s “Cat Person” — a short story about a college student and her relationship with an older man — rocked the Internet when it was published in 2017 amid a nation-wide conversation about consent and control. It became the New Yorker’s second most-read story of the year and landed Roupenian a seven-figure two-book deal. Her debut collection, You Know You Want This, includes “Cat Person,” as well as several other stories that tackle the complicated way we experience and perceive pain, pleasure and power.

Buy now: You Know You Want This: “Cat Person” and Other Stories

Despite having a seemingly perfect life — a good job, a surgeon husband and a young son — Adèle wants more. Specifically, more sex. The Parisian is obsessed with sex, in an all-consuming way, leaving her to lie to nearly everyone in her life as she rearranges her calendar for extramarital affairs. Slimani, author of the 2018 bestseller The Perfect Nanny, explores addiction and desire through Adèle, who desperately wants to feel wanted, but is spiraling out of control.

Bibi-Khanoom and her husband, a retired judge, grow fruit on their orchard in the small city of Naishapur, Iran. It is 1979, the eve of the Iranian Revolution, and conversations at family lunches are dominated by the country’s impending crises. In her debut novel, Ghaffari addresses the political concerns of the period through an intense portrait of a family struggling against them.

How strongly can memories haunt us? Elizabeth Brooks brings this question to the forefront in her debut novel, which centers around Virginia Wrathmell, an 86-year-old who can’t shake the memory of a plane crash that occurred near her home when she was young. As Virginia reflects on growing up in rural England on the cusp of World War II, she grapples with the decisions she’s made and the secrets she’s kept along the way.

After spending six years in the U.S., 12-year-old Marwand returns to his family’s home province of Logar in war-torn Afghanistan, where he is overwhelmed by his new surroundings. Matters are made much worse when the family dog, Budabash, runs away on Marwand’s watch. Determined to find Budabash, Marwand and his cousins embark on a province-wide search, discovering more about each other and the culture that they share in this coming-of-age story.

After becoming pregnant at 28, Stephanie Land was determined to provide for her daughter, but struggled to find work and make ends meet. In her memoir, Land reflects on the time she spent as a housecleaner working in the homes of the wealthy. She details the invisibility and shame she felt in order to create an important and moving account of wealth disparity in the U.S.

Buy now: Maid: Hard Work, Low Pay, and a Mother’s Will to Survive

All the Lives We Ever Lived: Seeking Solace in Virginia Woolf, Katharine Smyth (1/29)

Katharine Smyth uses Virginia Woolf’s To the Lighthouse to explore her own grief in this inventive memoir about literature and loss. Smythe’s connection to the revered novel revolves around her father, whose death was both inevitable and unexpected. Smyth’s memories of both her parents come to the surface as she learns more about Virginia Woolf and her book, showcasing the capacity fiction has to help make sense of life’s biggest questions.

Buy now: All the Lives We Ever Lived: Seeking Solace in Virginia Woolf

As the rhetoric between American political parties grows more tense, Philip K. Howard offers a solution based in practicality. In his book, Howard explains how the ideologies of both the Democrats and Republicans have left Americans with little choice but to demand more for themselves. He believes that a successful democracy is built on accountability and outlines his framework here, arguing that current bureaucratic processes are inhibiting the change America needs. 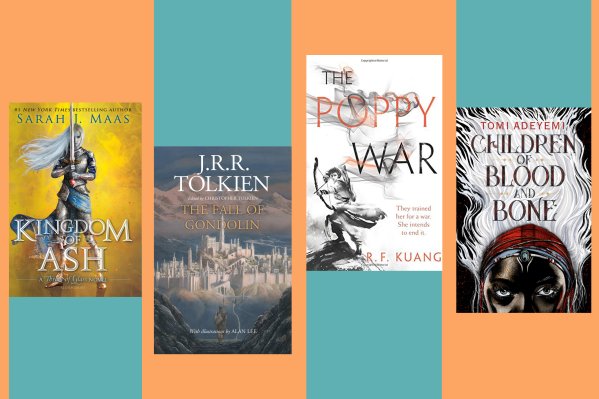