40% of Americans Don’t Plan to Get a Flu Shot. They’re Putting Others at Risk

Each year, doctors and public health officials urge virtually every American to get a flu shot. But a new poll suggests that many people don’t plan to follow that advice.

As of mid-November, 43% of American adults said they had already received a flu shot, according to a nationally representative survey of 1,200 people conducted by NORC at the University of Chicago, an independent research institution. But the majority of people who hadn’t been vaccinated already — 41% of the total sample — said they weren’t planning to get the shot at all. Fourteen percent said they were planning to get a flu shot but had not done so yet.

The Centers for Disease Control and Prevention (CDC) recommends flu shots for almost everyone older than six months of age, with very few exceptions for people with certain allergies or past medical conditions. While the efficacy of the flu shot isn’t perfect — during last year’s severe influenza season, it was around 36% — experts say it can reduce a person’s likelihood of getting sick and spreading the flu and lessen the severity of any illnesses that do occur.

Nonetheless, 31% of people who said they did not plan to get the vaccine cited the fact that it “[doesn’t] work very well” as a major reason for holding off. Thirty-six percent said they feared side effects, and 30% believed they didn’t need it because they “never get the flu.” Only 5-6% of people said that costs or time were major hindrances to getting the vaccine.

Any side effects from the flu shot tend to be minor, and the vaccine does not cause influenza. Experts recommend that even healthy people get the shot, since high rates of vaccination in a community help protect the most vulnerable individuals.

Flu shots are especially important for the elderly and young children, who are more susceptible to flu-related complications that can lead to serious health problems or death. That message seemed to resonate with older adults, as only 24% of people in the survey who were older than 60 said they did not plan to get vaccinated this season. But 39% of adults living with children younger than 18 said they do not vaccinate their children.

If you haven’t gotten your flu shot yet, it’s not too late. While it’s best to get the shot before the bulk of flu season hits, the CDC says it’s a good idea to get vaccinated as long as influenza viruses are still widely circulating — which they will be for at least the next three to four months. 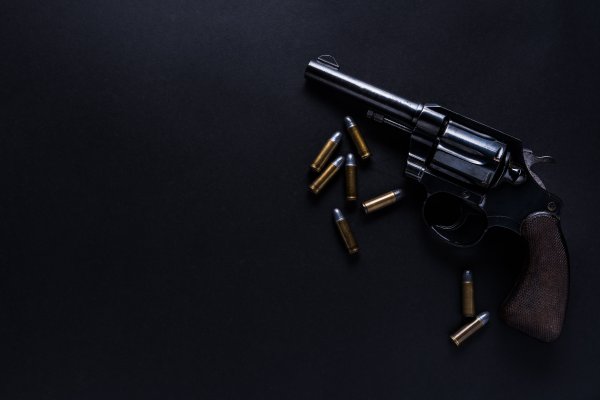 Black Americans Lose Twice As Many Years of Life to Guns As White Americans Do, Study Says
Next Up: Editor's Pick