John Grisham has written dozens of legal thrillers but just one book of nonfiction: The Innocent Man: Murder and Injustice in a Small Town. Published in 2006, the true-crime story profiles Ron Williamson, a mentally ill man who, along with his friend Dennis Fritz, was wrongly convicted in the 1982 rape and murder of cocktail waitress Debbie Sue Carter. Grisham was hardly the first reporter on the case, but his best seller put a tale of egregious judicial corruption in sleepy Ada, Okla., back in the news.

Although the six-part Netflix docuseries The Innocent Man, which will be available to stream on Dec. 14, further updates that investigation, the shared title is a bit misleading. Director Clay Tweel weaves together Williamson and Fritz’s story–which culminated in their exoneration by DNA evidence–with that of a minor character from the book: Tommy Ward, a gentle, devoutly Christian inmate at the Oklahoma State Penitentiary, serving a life sentence in the abduction and murder of 24-year-old Ada resident Denice Haraway. The case the DA mounted against Ward and his co-defendant in 1985 is eerily similar to the one that convicted Williamson and Fritz three years later: both relied on bizarre coerced confessions in lieu of definitive physical evidence. And the two investigations shared a cast of police, prosecutors and snitches. Yet Ward has remained behind bars for decades, desperate to prove his innocence.

The stylistic conventions of prestige true crime have ossified over the past few years, and Tweel adheres to them: there are tasteful, dimly lit re-enactments. Archival audio is paired with closeups of dusty cassette tapes spinning their tiny wheels. The soundtrack alternates between hysterical strings and the wholesome country chestnuts filmmakers love deploying, to grimly ironic effect, while uncovering the evil that lurks within some little town. An intrepid reporter turns up to inject suspense into the final few episodes with her search for alternate suspects in the Haraway murder.

Yet this isn’t a typical whodunit; it’s a character-driven study of the power that broken institutions wield over vulnerable individuals–which includes the families of victims who are led to believe justice has been served when it hasn’t. Tweel and Grisham, an executive producer who appears in the miniseries, ask why the justice system so thoroughly failed these people, and demonstrate how hard it is to get convictions overturned.

This can, at times, make the series feel like an ad for the Innocence Project, the nonprofit that uses DNA to contest suspicious verdicts. (Grisham sits on the group’s board of directors.) But Ward’s story is powerful enough to underscore the necessity of such a compassionate appeal. 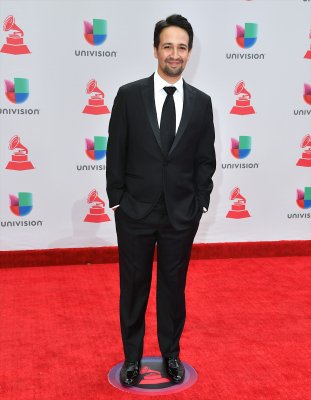 Why Lin-Manuel Miranda Could Never Finish Watching Mary Poppins as a Kid
Next Up: Editor's Pick