The New RBG Movie Is an Imperfect Homage to a Legend

Jones as the young Ruth Bader Ginsburg: distinguishing herself in a sea of men
Jonathan Wenk / Focus Features
By Stephanie Zacharek

As movie titles go, On the Basis of Sex isn’t a particularly catchy one–anyone could be excused for thinking of it as “that Ruth Bader Ginsburg movie.” But once you see On the Basis of Sex, you understand why no other name would suffice.

Directed by Mimi Leder and starring Felicity Jones as Ginsburg, with Armie Hammer as her husband Marty, the movie covers some 15 years in the life of the Supreme Court Justice and equal-rights superhero, focusing largely on one event: a 1972 tax case involving Charles Moritz (Christian Mulkey), a Denver man, caring for his elderly mother, who had been denied the dependent-care tax deduction, clearly because of his gender. Ginsburg, at the time a Rutgers law professor, and Marty, a tax lawyer, brought the case on Moritz’s behalf before the 10th Circuit Court of Appeals and won. (It was the only case the two worked on together.) After that, Ginsburg began chipping away, law by outdated law, at gender discrimination–that is to say, discrimination on the basis of sex.

This well-intentioned movie is a somewhat flawed one: its pace is a little slack, and sometimes it feels too predictably prepackaged. But Jones and Hammer keep the picture moving even through its shakier phases. And if On the Basis of Sex does exactly what it’s designed to do–honor some of Ginsburg’s early achievements–it’s also valuable as a snapshot of how a mutually supportive marriage between two equals can work. (Ginsburg’s nephew Daniel Stiepleman wrote the script.) Hammer is pleasingly grounded as the steadfast husband who, for long stretches of the marriage, got the big, important jobs just because he was a man. And Jones is acutely perceptive in channeling Ginsburg’s understated determination–the secret weapon beneath her calm, polite demeanor. The Ginsburgs won that early case together, but Ruth would carve a greater path on her own. Marty, certainly as Hammer plays him, must have known how much she could do, if only certain barriers could be knocked down. He helped his wife make that first, significant chip in a wall of stone–and then stood beside her even as he moved out of her way. 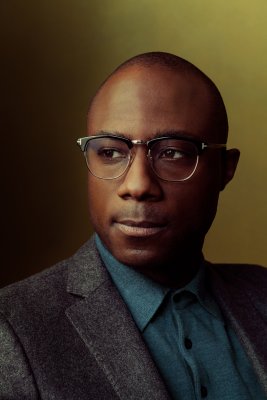 Barry Jenkins Wants You to Read James Baldwin
Next Up: Editor's Pick