Ideas
By Renato Mariotti
Mariotti, a former federal prosecutor, is a practicing lawyer and the host of the On Topic podcast.

As America anxiously awaits special counsel Robert Mueller’s so-called “final report” and proof of “collusion,” it should be wary of two truths: Mueller may never write a public “final report”—especially not one that sets forth evidence like the Starr Report did—and any bombshells he reveals are unlikely to outline a grand conspiracy. This will not be a failure of the investigation but rather of our own expectations.

Federal prosecutors aren’t historians or journalists. They don’t craft narratives. (And they almost never write reports.) They investigate potential violations of federal law. Although those investigations can be wide-ranging, charges are usually written narrowly—and for a good reason. It is not easy to prove guilt beyond a reasonable doubt.

That is particularly true for white collar crimes that require prosecutors to prove a defendant’s intent. Because we can’t see inside a person’s mind, prosecutors use a defendant’s words and actions. In the absence of a smoking-gun email or recording, they assemble evidence that permits a jury to infer intent.

Despite those challenges, Mueller has been very successful already. He’s seen numerous guilty pleas and obtained wide-ranging indictments charging Russian intelligence operatives with two distinct conspiracies: to hack U.S. computers and to interfere with the U.S. political system. He also convicted former Trump campaign chair Paul Manafort of numerous crimes, ranging from fraud to witness tampering. In federal white collar investigations, sweeping indictments like those are rare, unless criminals are brazen or careless.

Once prosecutors obtain a conviction on a narrow charge, for sentencing, they are required to inform the judge of all of the relevant “history and characteristics” of the defendant as well as the “nature and circumstances” of the offense. Those factors are very broad—federal judges take into account nearly everything about a defendant and his or her conduct. While there are good reasons for this, one consequence is that in the federal criminal-justice system, prosecutors have an incentive to charge crimes that are easier to prove—like lying to Congress or the FBI. Rather than aiming high and getting nothing, they aim for a somewhat lower charge, and because the judge will take the larger concerns into account, the prosecutor is more likely to obtain the longer end of the lower sentencing range.

This can have broader implications. For instance, it can permit prosecutors to bring defendants to justice when the statute of limitations has run. One example of this was when former House Speaker Dennis Hastert was prosecuted for lying to federal agents and unlawfully structuring the withdrawal of cash from his bank account. The judge in that case sentenced Hastert for 15 months in prison, in large part due to his sexual abuse of minors, which was not charged because it was beyond the statute of limitations.

We’ve seen Mueller bring narrow charges against multiple defendants already. The wisdom of this careful, targeted approach is underscored by the extraordinary efforts to obstruct his investigation. Manafort shared confidential information about the inquiry with Trump’s lawyers after Manafort agreed to fully cooperate with Mueller—a tactic that is very unusual and highly unethical. And before former Trump lawyer Michael Cohen gave false testimony to Congress, he discussed what he’d say with Trump’s attorneys and White House staff.

In the face of this alleged obstruction, and repeated efforts by the President to undermine Mueller’s investigation, Trump’s allies continue to ask, Where’s the collusion? This is due in part to Trump’s disinformation campaign, but also media narratives that border on the fantastical. Frankly, the term collusion has no legal meaning in this context, and it is hard to imagine any federal prosecutor would ever charge the extensive conspiracy imagined by Trump’s critics.

Ironically, these unrealistic expectations may help Trump survive this existential challenge to his presidency. At any other time in American history, the President’s lawyer telling a federal judge under oath that the President directed him to commit a crime might end that presidency. Yet that detail has been forgotten amidst the daily avalanche of Trump-related news.

More importantly, Trump’s obstruction of justice has become commonplace, even expected. For instance, in September, when Trump publicly condemned then Attorney General Jeff Sessions for failing to quash criminal investigations of two political allies because it could effect the GOP in the midterms, it barely raised eyebrows, when it should have drawn bipartisan condemnation.

With all of this in mind, we must understand: even if Mueller sets forth crimes involving Trump in a report, he would do so for those that Trump arguably cannot be charged with while in office. As for the rest, the indictments and court filings speak for themselves. Again, if Mueller finds evidence of narrower crimes and is considered a failure, the failure won’t be on him. It will be on us, for our own outsized expectations, which just might save Trump’s presidency. 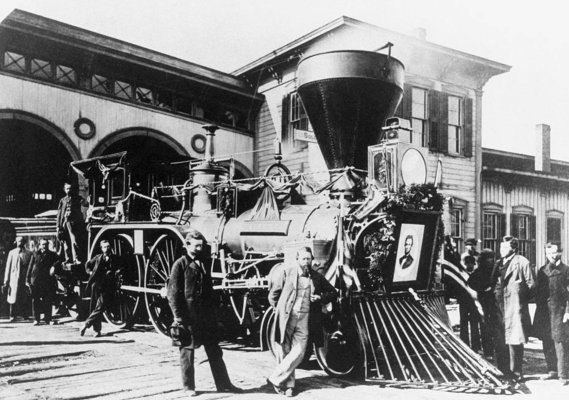 A Funeral Train Will Carry George H.W. Bush's Casket. Here's What to Know About the Solemn Presidential Tradition
Next Up: Editor's Pick