Classics may be classic for a reason, but that doesn’t mean they age perfectly. In the 21st century, it seems impossible that marriage could satisfy the intellectual appetites of a whip-smart Jane Austen heroine, or that The Merchant of Venice could have been intended as a positive representation of Jews. Even thornier are stories whose entire moral architecture contradicts current values–like Vanity Fair.

Set during the Napoleonic Wars, William Makepeace Thackeray’s 1848 epic is as funny, romantic and profound as ever. The challenge in adapting it for a contemporary audience, as Amazon has done in a seven-part co-production with Britain’s ITV that comes to Prime on Dec. 21, is in framing its protagonist, Becky Sharp. A lovely and brilliant but thoroughly broke young woman of low social status, she is forced to find work as a governess. But instead of accepting her fate, she hunts for a rich husband.

In Thackeray’s day, this social climbing made her a delicious, if not fully evil, villain; 170 years later, she looks more like an ambitious woman persisting despite limited options, and a faithful adaptation risks reaffirming the sexist and classist mores of 19th century England. So it’s no wonder that we’ve seen some revisionist Becky Sharps before. With a screenplay co-written by Downton Abbey creator Julian Fellowes, director Mira Nair’s lavish 2004 film cast Reese Witherspoon as a kinder, less treacherous Becky. The result was a sensuous spectacle in which one of literature’s biggest personalities got swallowed up by the candy-colored scenery.

Adapted by Gwyneth Hughes (Five Days) for Broadchurch director James Strong, Amazon’s less flashy but wittier and more morally complex version isn’t quite so generous to Olivia Cooke’s vivacious Becky. From the beginning, she’s a firecracker threatening to incinerate her every suitor and friend–particularly her sweet, fragile schoolmate Amelia Sedley (Claudia Jessie), a bourgeois princess whose betrothal to the fickle George Osbourne (Charlie Rowe) blinds her to the purer affections of his fellow army officer William Dobbin (Johnny Flynn). Amelia’s awkward older brother Jos (David Fynn) is just the first in a line of foolish bachelors who fall for Becky’s fawning. Though the show omits some of the character’s cruelest moments, Hughes doesn’t flinch in depicting her as a selfish, conniving life ruiner.

Yet this Becky is lovable, thanks to the magnetic Cooke, whose performance as a teen sociopath in this year’s Thoroughbreds proved she could humanize just about anyone. All bugged-out eyes and buoyant spirits, her Miss Sharp is the smartest, most beguiling person in every room; it becomes thrilling to watch her manipulate them. And a clever framing device that puts Thackeray on the screen (in the form of Monty Python’s Michael Palin) pays off in a conclusion that reminds us that the author’s perspective on Becky isn’t perfect either.

Vanity Fair isn’t the only great work of literature that has become hard to adapt. Film and TV have struggled for decades to update headstrong female characters of the past, with mixed results: 10 Things I Hate About You charmingly reimagined The Taming of the Shrew for the 1990s, with 90% less taming. Less successfully, a recent Masterpiece adaptation of Little Women overly softened Jo’s prickly beau Friedrich Bhaer, removing any trace of ambiguity from a beloved character’s happy ending.

Amazon’s Vanity Fair isn’t an ideal adaptation. The middle episodes can feel rushed. Scenes that fail to capture the scale of historic moments like the Battle of Waterloo suggest an overburdened budget. A pop soundtrack–which includes “Material Girl”–radiates a desperation to make the story feel current. But Cooke’s performance alone is enough to convince us of its relevance; her Becky Sharp is a woman ahead of her time. By rendering that without denying her flaws, the newest Vanity Fair still manages to revive this singular character for yet another generation. 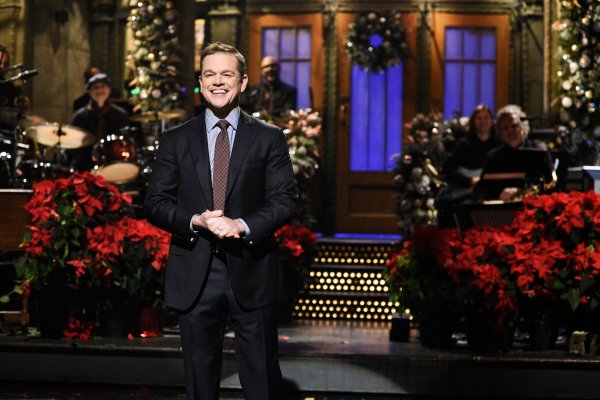 Weezer’s Rivers Cuomo Had a Hilarious Response to That SNL Weezer Sketch
Next Up: Editor's Pick