Thousands of people protested Wednesday across Argentina against a court ruling that acquitted two men of sexually abusing and killing a 16-year-old girl in 2016.

The women’s rights grassroots movement Ni Una Menos (Not One More) joined with labor unions and other feminist groups in the nationwide protests, the Associated Press reports. Last week, a federal criminal court in the coastal city of Mar Del Plata ruled in favor of two men accused of abusing and killing teenager Lucia Perez, citing a lack of evidence according to local media.

Perez’ murder two years ago prompted public outcry and fanned the flames of the Ni Una Menos movement, which has since spread across Latin America with the mission of campaigning against gender-based violence. Her body was left at a hospital in October 2016, having been drugged and repeatedly raped.

In Argentina, the rate of violence against women and girls is high, with 254 femicides reported in 2016 alone. The country also has a strict abortion ban, with the practice legal only in cases of rape or when a mother’s health is in danger. Efforts to legalize abortion were voted down by senators earlier this year.

Clad in green and purple, colors traditionally used to symbolize women’s rights and equality in the country, protesters lay down on the streets of Buenos Aires, clutching photographs of a smiling Perez. “Today we have anger,” activist and campaigner Lola Jufre told the AP amid a wave of women marching. “In spite of our fight, we are being decimated in the most cruel ways.”

Despite reports that doctors found evidence of extreme sexual violence on Perez’ body after her death, last week’s ruling declared that the teenager had consensual sex with one of the men and that her cause of death was an overdose. According to the AP, the men were convicted of selling drugs to a minor and sentenced to eight years in prison. 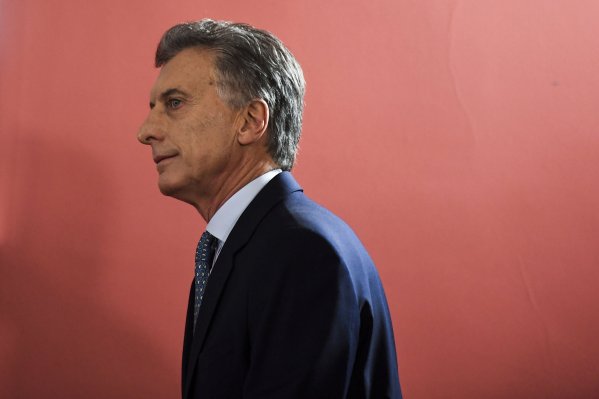 Amid Rising Pressure, Argentine President Mauricio Macri Prepares to Host the G-20
Next Up: Editor's Pick