Forget Gold, This Precious Metal Is Going Crazy Amid the Stock Slump

(Bloomberg) — Gold just got left behind by one of its sister metals. After a demand-fueled rally over the past four months that’s seen prices hit successive records, palladium topped gold.

Palladium, which hasn’t traded at a sustained premium to gold in 16 years, has gained as buyers scramble for supplies of the metal used in vehicle smog-control devices. Demand has risen as consumers turn away from diesel toward gasoline-powered cars, which tend to use more palladium in autocatalysts. The metal “should continue to benefit from strong fundamentals in 2019,” according to Bloomberg Intelligence.

While most metals have languished this year amid global trade concerns and a rising dollar, palladium climbed to records four times in November amid expectations that production will continue to fall short of demand. Holdings in exchange-traded products backed by palladium are at the smallest in almost a decade as investors pull the metal and offer the commodity for lease.

“People are grasping for whatever ounces of material they can get” in the palladium market, Tai Wong, head of base and precious metals trading at BMO Capital Markets, said before Wednesday’s levels were hit. “It’s very expensive to borrow, and that is perhaps the biggest factor driving the spot price higher.”

The cost to borrow palladium for a month was at a record 22 percent, more than seven times higher than the 10-year Treasury yield. Holdings of exchange-traded products backed by the metal are at the lowest since February 2009.

Palladium’s deficit is set to widen to about 1.4 million ounces in 2019, adding to a shortfall of 1.2 million ounces this year, according to London-based Metals Focus Ltd. Supply is likely to remain broadly stable in 2019, while there will be growing demand from the automotive sector, according to Junlu Liang, a senior analyst at the consultancy.

Consumption of palladium in autocatalysts could rise in-line with the production of electric vehicles amid the global effort to cut emissions for cleaner air, Eily Ong, an analyst at Bloomberg Intelligence, said in a report. “The EU has a binding target of cutting emissions by at least 40 percent by 2030 from 1990 levels, while China aims for 26-28 percent cuts from 2005 levels,” she wrote. 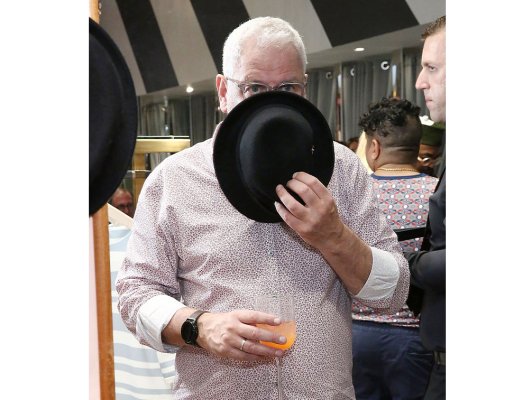 Sexual Harassment Claims Against Ted Baker's Founder Have Cost the Company $90 Million in 2 Days
Next Up: Editor's Pick