The 16 Best Christmas Books to Read This Holiday Season

Be warned: A Christmas Story is funny enough to make any Scrooge laugh out loud. The classic 1983 comedy movie A Christmas Story draws inspiration from anecdotes you can find in Jean Shepherd’s 1966 and 1971 essay collections to tell a story for the ages. Retold in full in this collection, A Christmas Story is perfect for anyone looking for a good chuckle this winter. The semi-autobiographical tale focuses on nine-year-old Ralphie Parker’s shenanigans—and scheming to receive grown-up gifts like an air rifle—during one Christmas.

The iconic song isn’t the only way to share the story of the world’s most beloved reindeer this holiday season. Rudolph the Red-Nosed Reindeer started as a book in 1939 when Robert L. May, a copywriter, was tasked with writing a new story for Christmas. Now, more than half a century later, the story of Rudolph is inextricable from seasonal celebrations. This edition of the book features the original 1939 illustrations by Denver Gillen, which paved the way for how we see the famous red-nosed reindeer.

The Tailor of Gloucester, Beatrix Potter

One of the best children’s Christmas books is The Tale of Peter Rabbit author Beatrix Potter’s iconic Christmas tale, The Tailor of Gloucester. The book’s premise is a bit distressing — a poor tailor works hard to make it through a cold and long winter — but the story brightens up early on, as the tailor discovers a group of mice who want to help him do his work.

Pretty much everyone has seen the Oscar-winning classic Christmas movie It’s a Wonderful Life. But it’s worth cracking open the text that inspired the film. Philip Van Doren Stern’s The Greatest Gift, written and originally published in 1943, offers a chance to see the world through new eyes. As protagonist George Pratt contemplates suicide on Christmas Eve, a stranger approaches him and grants his wish: that he’d never been born in the first place. After George gets to see how life for his loved ones would be without him — including some striking realities — he realizes what life’s “greatest gift” truly is.

In the realm of Christmas books for children, The Polar Express is hard to beat. The 1985 book, which inspired the 2004 animated movie starring Tom Hanks, tells the story of a young boy woken up by a train waiting outside his house on Christmas Eve. The boy goes on a wild Christmas adventure that any child would envy, befriending elves and even Santa Claus along the way — with plenty of teachable moments sprinkled throughout.

Originally written in 1816, the story of German author E.T.A. Hoffmann’s The Nutcracker has become a holiday icon in its own right. Most notably remembered through George Balanchine’s ballet, this tale begins on Christmas Eve. Hoffmann’s book centers on young Marie, for whom the evening takes a fanciful turn after the discovery of a Nutcracker toy. When the clock strikes midnight, every toy becomes alive, a mouse with multiple heads emerges and the holiday is forever changed for Marie.

Any Maya Angelou writing can have a warming effect on a reader, and she shines on Christmas poetry. Amazing Peace encourages and inspires readers to experience togetherness and serenity. “It is Christmas time, a halting of hate time,” Angelou writes in the illuminating, spiritual poem.

A Christmas Carol and Other Stories, Charles Dickens

A Christmas Carol has been the quintessential classic Christmas book for generations. Charles Dickens’ story follows the embittered Ebenezer Scrooge, a man who hates Christmas and all that it represents. But everything changes for Scrooge when three ghosts visit to retell the stories of his past, present and future. This edition of the story also reprints four other lesser-known Christmas tales by Dickens.

From one of our most celebrated mystery writers comes this intense and spooky story for the holidays. Agatha Christie’s Hercule Poirot’s Christmas is not for the faint of heart. The page-turning detective story focuses on a murder that happens in the Lee family home on Christmas Eve. When Hercule Poirot, who is visiting a friend for the holiday, offers to help the family solve the murder, he finds himself entangled in a web of suspicion.

Though J.R.R. Tolkien is known for his prolific Lord of the Rings series, the author wrote about more than just hobbits and wizards. Each Christmas, Tolkien wrote letters to his children that detailed stories of adventures on the North Pole. But for these four kids, the letters weren’t from their father — they were from Father Christmas. Letters From Father Christmas is an inventive and kid-friendly collection of stories from one of our greatest fantasy writers.

Though Little Women needs no introduction, it may not always be considered a Christmas classic. However, Louisa May Alcott’s iconic 19th-century coming-of-age novel, in which four sisters share the stories of their adolescence, is ideal for a re-read this time of year — and delivers memorable Christmas elements.

After there was Ebenezer Scrooge, there was the Grinch — not the Jim Carrey movie version, but Dr. Seuss’ classic children’s book. The Grinch is an angry creature living on a mountain overlooking Whoville, a fictional town with a Christmas obsession. The Grinch decides to take his hatred for the holiday to a new level by stealing all the gifts in town. Written in rhymed verse with Seuss’ famous illustrations, How the Grinch Stole Christmas is an all-time favorite.

‘Twas there ever a night before Christmas on which this poem’s iconic opening line was forgotten? Though there are many adaptations of Clement Clarke Moore’s rhyming lines, the original still reigns as one of the best classic Christmas poems of all time. This edition features beautiful illustrations by Tasha Tudor, making it a captivating read to share with children.

Pulitzer Prize-winning author Edith Wharton has published a plethora of acclaimed novels, short stories and poems, but this lesser-known work is ideal for the holiday season. Wharton’s story Afterward: A Ghost Story for Christmas is the perfect hybrid of Halloween and Christmas. Afterward may frighten more than it will inspire with holiday joy, but what’s Christmas without a little excitement?

Truman Capote, the man behind Breakfast at Tiffany’s, also wrote the classic short story A Christmas Memory, which was first published in 1956. The story centers on a young boy named Buddy whose best friend is his cousin, an older woman, with whom he makes fruitcakes from scratch in the beloved tale. This Christmas classic is actually a semi-fictionalized account of Capote’s own childhood.

Though Wuthering Heights is the only book by Emily Bronte, both the novel and its enduring fame speak for themselves. This classic work of gothic fiction, featuring scenes set during Christmas, is perfect to read by candlelight and teaches its reader about passion, morality and humanity. 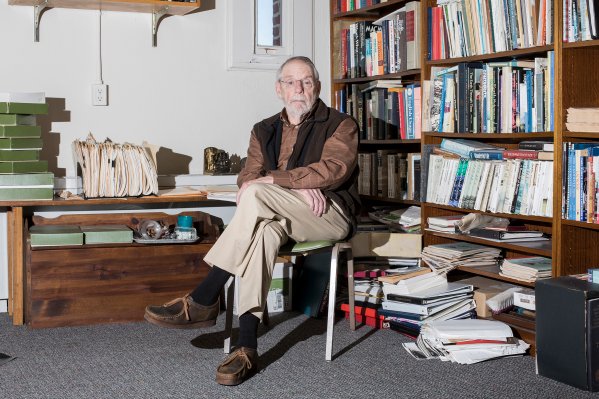