Black Americans Lose Twice As Many Years of Life to Guns As White Americans Do, Study Says

Firearms are responsible for a more than four-year loss of life expectancy among black Americans — roughly double the firearm-related loss seen among white Americans, according to a new study published in BMJ Evidence-Based Medicine.

According to recent federal data, the average American in 2017 could expect to live until age 78.6, a slight decline from recent years’ estimates. But death rates vary widely depending on demographic, that report showed. The death rate among black men, for example, was calculated at around 1,083 deaths per 100,000 people, compared to about 885 for white men, 728 for black women and 642 for white women.

The new paper, believed to be the first to quantify firearm-related loss of life for black and white Americans of different ages, helps to partially explain those vastly different numbers. Using Centers for Disease Control and Prevention (CDC) data collected between 2000 and 2016, a team led by researchers from the Boston University Schools of Medicine and Public Health found that firearms shave 4.14 years off the total life expectancy of black Americans and 2.23 years off the life expectancy of white Americans.

The discrepancy, the researchers write, is “driven by substantially higher homicide rates among blacks up to age 20.” The total life expectancy loss attributable to firearm assault, specifically, was calculated at 3.41 years for black Americans, and 0.51 years for white Americans.

Meanwhile, life expectancy loss attributable to firearm-related suicide was much higher among white Americans: 1.62 years, compared to 0.60 years for black Americans. Still, the difference was not enough to “offset the loss among blacks…indicative of persisting disparities in homicide among younger age groups,” the authors write.

The ages at which assaults and deaths by suicide occur also matter, the researchers note. Gun-related assaults and homicides disproportionately affect young black Americans, so the cumulative effect of these very early deaths adds up to a sizable loss of total life expectancy. Deaths by suicide, meanwhile, are more common among older white Americans, who have already lived a greater proportion of their estimated lifespan, resulting in a smaller total dip in life expectancy.

American doctors have in recent months been vocal about the need to consider gun violence a public-health issue. But the new paper serves as a reminder that all populations are not affected by this issue equally. “In the absence of comprehensive firearm legislation,” the authors write, “targeted prevention programmes and policies are needed to mitigate the racial firearm injury gaps in the USA.” 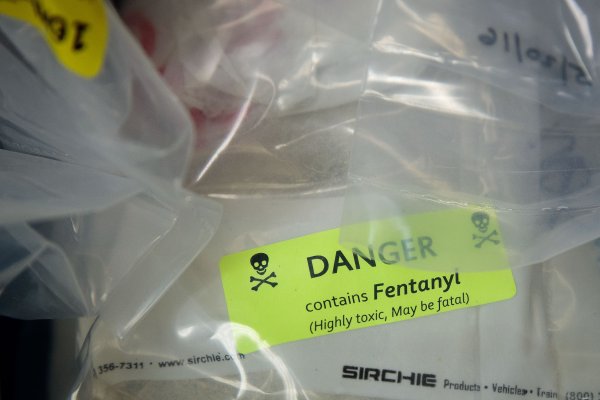 What Trump’s Deal With China Could Mean for Opioid Deaths
Next Up: Editor's Pick