President Donald Trump’s longtime associate Roger Stone has invoked the Fifth Amendment in response to a request for documents from the highest ranking Democrat on the Senate Judiciary committee.

In a letter to Sen. Dianne Feinstein, Stone’s attorney, Grant Smith, wrote that his client is declining to provide the documents because the scope of the request is too broad, and he does not want them to be used for private testimony. “Mr. Stone decries secrecy. He will not subject himself to the innuendo of non-public proceedings. Nor will he confirm the existence of, or produce the documents of the request, for the purpose of being used in secret proceedings,” Smith wrote.

Feinstein posted the letter on her Twitter account Tuesday evening. Since Feinstein is in the minority party, she does not have subpoena power. Her office did not immediately respond to a request for comment.

Stone testified before the House Select Permanent Committee on Intelligence in 2017 in a closed door testimony. Smith argued in his letter that the secretive nature of the testimony rendered Stone vulnerable to leaks from the Democrats on the committee.

Trump has previously decried those who invoked the Fifth Amendment. In a presidential debate with Hillary Clinton in 2016, he said the fact that her associates had pleaded the Fifth in regards to the investigation into her private email server “disgraceful.”

At a rally in September of 2016, he also argued that “the mob takes the Fifth.””

“If you’re innocent, why are you taking the Fifth Amendment?” he asked, rhetorically. 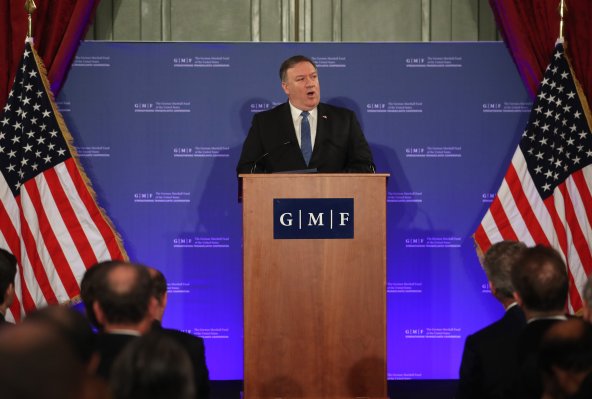 Why the Trump Administration Just Gave Russia an Ultimatum on Nuclear Weapons
Next Up: Editor's Pick