Here Are the Top 10 Most Tweeted About Celebrities of 2018

With the end of 2018 swiftly approaching, Twitter has released its annual list of the top 10 most tweeted about celebrities of the year.

“In 2018, people on Twitter connected, campaigned, learned, debated, and had conversations,” a spokesperson for Twitter told TIME of its end-of-year lists. “As we reach the end of 2018, Twitter is reflecting on the year that was: from breaking news, entertainment, sports, and conversations. If it happened anywhere, it happened on Twitter.”

Coming in at No. 1 in the most tweeted about celebrity ranking is BTS, the K-Pop band that is also currently leading TIME’s 2018 Person of the Year readers’ poll. There are also a number of musical acts who made the news over the past 365 days for reasons unrelated to their musical talent, including Ariana Grande, Kanye West, and Cardi B and Nicki Minaj.

“BTS ARMY – thank you for calling our attention to this,” Twitter comms tweeted on Wednesday. “After looking deeper, we can confirm BTS’s #Jimin was in fact the 8th most mentioned musician in the US, but an error [on] our side attributed the wrong handle to him. Apologies for any confusion!” 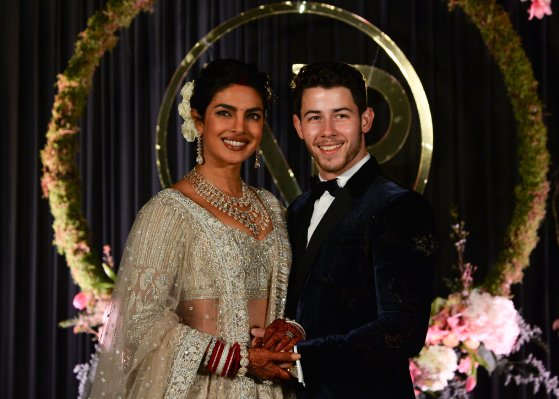 The Cultural History Behind Priyanka Chopra and Nick Jonas' Hindu Wedding Ceremony
Next Up: Editor's Pick