Celebrity sing-alongs. Hallmark romances. The same twee Claymation specials you’ve been watching since childhood. You don’t have to be Ebenezer Scrooge to find most holiday TV repetitive or cloying. Thankfully, for those who can’t stand to watch even one more uptight city girl embrace the Christmas spirit in the form of a grown-up ’90s teen drama dreamboat in a red-and-green flannel, this season offers plenty of festive yet irreverent counterprogramming. Here are a few highlights.

Nailed It! has been one of the year’s most unexpected delights, pitting cheerfully inept home cooks against one another to recreate the kind of elaborate sweets that pros labor over in other TV baking competitions. It sounds like a gimmick that would get old fast, but the show just keeps getting better—thanks in large part to the flirty chemistry between its host, comedian Nicole Byer, and her fellow judge, A-list pastry chef Jacques Torres. It must have been a no-brainer for Netflix to devote the last of this year’s three Nailed It! mini-seasons to the holidays, with six episodes themed around a range of seasonal celebrations. Highlights of this Advent calendar of cake wrecks include a foxy firefighter contestant who sings a song about cats and a Hanukkah confection that may comprise the show’s most egregious crime against buttercream.

RuPaul released his third holiday album, Christmas Party, this fall, and while the remix-heavy record is nothing to write Santa about, it does give everyone’s favorite supermodel of the world an excuse to throw this all-star musical extravaganza. Some of the Emmy-winning show’s most memorable personalities—including the hilarious Latrice Royale, the controversial Eureka O’Hara and Drag Race lifer Shangela—return to vie for the coveted title of Christmas Queen. Along with the typical challenges, the hour-long special features a parade of campy production numbers set to Mama Ru’s dance-pop carols and choreographed by guest judge Todrick Hall.

Sabrina Spellman (Kiernan Shipka) embraces a Nightmare Before Christmas vibe in this refreshingly dark, pleasantly overstuffed coda to the first season of this addictive Sabrina the Teenage Witch reboot that dropped just before Halloween. Not that Sabrina’s Satan-worshiping aunts actually celebrate Christian holidays; the Church of Night observes the pagan solstice, whose festivities come complete with Yule logs to protect against hostile spirits. (Spoiler: The spirits turn up anyway.) But our half-human can’t help mixing earthly traditions with supernatural ones, and her years-old wish to spend Christmas with her long-dead mortal mother backfires in predictable yet festive fashion. Elsewhere in Greendale, Sabrina’s pixie-like pal Susie (Lachlan Watson) lands an ominous job as a department store Santa’s elf.

This underwatched but critically adored Canadian import casts the hilarious Eugene Levy and Catherine O’Hara as an uber-rich couple who suddenly lose everything and—along with their grown-up son and daughter—end up living in a broken-down motel in the titular small town they purchased on a lark decades earlier. After four seasons, the most recent of which ended on an unusually sweet note this spring, the fish-out-of-water Rose clan has thoroughly integrated into its quaint new home. The sitcom’s first Christmas special flashes back to the family’s lavish yet lonely holiday soirées past, as Johnny (Levy) attempts to throw together a last-minute party in their humble adjoining rooms.

Samantha Bee skates through the finish line of an unbearably long year with a commercial-free Full Frontal special that TBS is promoting as “a less-godless-than-the-usual-liberal Christmas variety spectacular with all the traditional trimmings: music, laughter, joy, deep rage that the administration is separating migrant families, and gingerbread.” Olympic figure skater Adam Rippon, along with a slew of surprise guests, is slated to join the sure-to-be-cathartic festivities. And the special will double as a fundraiser for Kids in Need of Defense (KIND), an organization whose Family Separation Response Team is providing aid to more than 300 children who were taken from their parents by, yes, I.C.E. 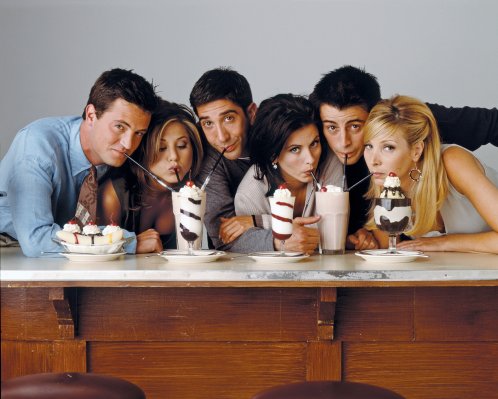 Thank the Holiday Armadillo Because Friends Will Be There for You on Netflix After All
Next Up: Editor's Pick