Michael Avenatti Will Not Run for President in 2020

In a statement, Avenatti said that his decision came after consulting with his family, who had requested that he not seek the Democratic nomination, as he had indicated he might.

“I do not make this decision lightly – I make it out of respect for my family,” he said. “But for their concerns, I would run.”

Avenatti had made his intentions clear in the past few months, appearing at dozens of Democratic events across the country and consulting with strategists. While his chances of securing the nomination always seemed to be a long shot, his pitch that the Democrats needed their own version of Trump undoubtedly seemed to appeal to some voters.

“Michael has picked up the corpse of the Democratic Party and breathed some life into it,” David Betras, a lawyer in Youngstown, Ohio who chairs the Mahoning County Democratic Party and was among the first people Avenatti consulted about a run, told TIME earlier this year.

But in recent months, Avenatti’s own marital and financial controversies had become fodder for their own headlines. A TIME investigation published in October revealed he was enmeshed in a multitude of professional and personal disputes including IRS probes, long-running lawsuits against him and his firm, and a contentious, expensive divorce.

In October, a California judge ordered him to pay a former partner, Jason Frank, $4.85 million — a sum that has still not been paid, according to Frank’s attorney Eric George. That same day, court documents showed his firm, Eagan Avenatti, was evicted from its office in a Newport Beach building for allegedly failing to pay rent for the past four months. (Avenatti says he is no longer associated with the firm.)

Earlier this month, he was accused of domestic violence, an allegation he has denied. And as of October, he was still in the middle of a divorce with his wife, Lisa Storie-Avenatti, who told TIME their separation was “nowhere near finalized.” Storie-Avenatti did not immediately respond to an immediate request for comment about his decision to forego a presidential run.

His personal woes, however, were also compounded by professional ones. He inserted himself into the contentious Supreme Court confirmation hearings of Brett Kavanaugh, alleging without evidence that his client Julie Swetnick was gang-raped at a party where Kavanaugh was present. His claims buoyed Republicans’ arguments that all of the sexual assault allegations against Kavanaugh were politically motivated and frustrated some Democrats in the process for providing such ammunition.

Senate Judiciary Chairman Chuck Grassley ultimately referred Avenatti and Swetnick to the Department of Justice for a criminal probe into whether they gave “materially false” statements to Congress and intentionally attempted to obstruct the process.

Avenatti even recently hit a snag with Daniels — the client that enabled him to scale the heights of cable television — when she told the Daily Beast he had started a fundraising site and filed a defamation suit against Trump without her permission.

The two appear to have reconciled, however, and Avenatti said in his statement he would continue to work with Daniels. “I … will not rest until Trump is removed from office and our republic and its values are restored,” he said. 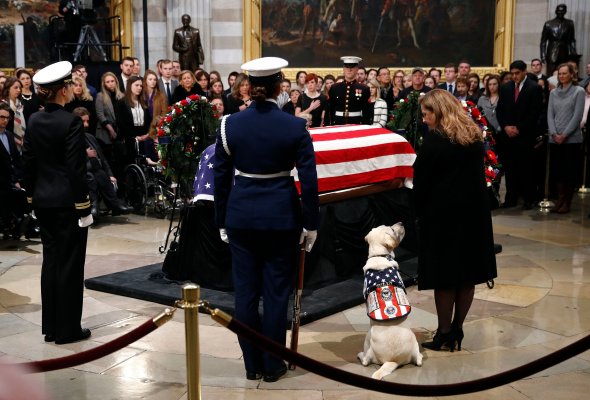