Priyanka Chopra and Nick Jonas’s multicultural wedding has brought into focus the rich cultural history behind Hindu wedding rituals and how they are often integrated with Western ceremonies.

Chopra, a Hindu, and Jonas, a Christian, married in two different wedding ceremonies that honored the couple’s distinct backgrounds. Wearing both a white wedding dress, and later, a red lehenga, Chopra took part in Christian and Hindu ceremonies to officially tie the knot with Jonas, who wore a traditional Indian outfit as well as a suit for the wedding.

“It’s very common to do two different weddings,” says Purvi Shah, a Bay Area-based wedding planner who says the bulk of her clients include Hindu interfaith couples looking for ways to honor their different cultures. “They are all usually very excited to be part of the Indian ritual because they find it more meaningful.”

Chopra said it was important for her to celebrate her and Jonas’s different backgrounds at their wedding, which was held over four days at the Umaid Bhawan Palace in Jodhpur. “Being able to have two big weddings, in India, with our closest family and friends was unbelievably special,” Chopra told People.

India’s vast size and diverse culture means Hindu wedding traditions vary throughout the country. Although customs differ depending on the region, couples in Hindu weddings typically confirm their commitment by circling a fire multiple times, Shah says. The groom traditionally seals the deal by tying a necklace around the bride’s neck and placing a red powder known as sindoor or kumkuma along the park of her hair.

While it’s not yet clear which rituals Chopra and Jonas included in their Hindu wedding ceremony, the couple appeared to stick to a traditional format, with events spanning multiple days.

Chopra wore a lehenga in the red color that is traditional for Hindu brides, according to Shah.

“Red is the color of love and celebrating,” Shah says.

The lehenga was designed to fully represent Chopra, the actor told People.

“I always knew I wanted a red traditional silhouette for my wedding but Sabya [the designer Sabyasachi] brought in incredible French embroidery to the mix and with incredible jewelry and Western-inspired veil it was just such an amalgamation of who I am,” she said.

Ahead of the wedding, Chopra and Jonas sat for a puja, or prayer ceremony, that traditionally kicks off the wedding. According to Shah, the intention of the puja is to welcome Lord Ganesh, who is considered the god for auspicious occasions.

The couple also had a Mehendi ceremony — a wedding ritual where the bride has henna applied to her hands in intricate designs. In the past, henna was used to enhance the bride’s beauty, says Shah.

“Back then, there was not so much jewelry or things like that. It was just about making the bride look different and pretty,” she says.

While historically, the Mehendi ceremony only involved the bride, Chopra and Jonas kept the event co-ed, with Jonas also receiving henna on his hands.

Shah says co-ed Mehendi ceremonies are not at all out of the ordinary. The ritual is typically followed by the Sangeet, an event where both the bride and groom’s family and friends plan musical performances, and these days, it makes more sense to keep all the ceremonies in the same venue.

Chopra and Jonas’s families took the Sangeet portion of the wedding extremely seriously, in a colorful, competitive, music-filled event.

The Sangeet exemplifies the fun side of Hindu weddings, which Shah says tend to be more collaborative than Western weddings. Typical Hindu weddings include small rituals like families facing off in a dance contest or pranks where the bride’s side of the family steals the groom’s shoes. (Jonas’s shoes appear to be safe).

“We have a lot of rituals and everybody seems to be a part of it,” Shah says. “They try to involve everyone. That’s what’s all about the celebration of your love.” 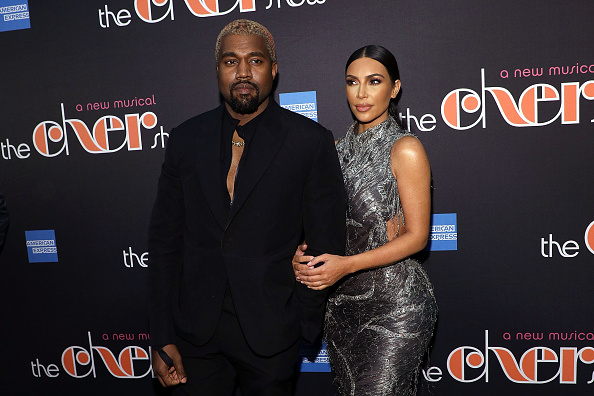 Kanye West Called Out for Spending Too Much Time on His Phone at Cher Musical
Next Up: Editor's Pick