Just days after Thailand’s world renowned Phi Phi Islands were praised for their environmental recovery, new details have emerged about the drinking water crisis in the holiday archipelago.

Made famous by the film The Beach (2000), starring Leonardo DiCaprio, the sandy white shores and crystal clear waters of the Phi Phi Islands attract tourists from all over the world each year. Last week, a video circulating on social media appeared to show dozens of reef sharks gliding through the turquoise shallow waters at Maya Bay, where scenes from the film were shot. The footage was welcomed by conservationists and environmentalists, who hailed the appearance of the sharks as a positive sign that this year’s closure of the beach had given the ecosystem the breathing space it needed.

But just days later, local media reported that the Phi Phi Islands local authority has appealed for help from the central Thai government to tackle a shortage of clean water across the archipelago.

Concerns stemming from environmental destruction wrought by millions of holidaymakers led to the closure of Maya Bay on Phi Phi Leh Island earlier this year. Authorities had initially planned a four-month closure of the beach, but have since extended it to at least a year to allow the bay’s coral to recover from damage inflicted by boats ferrying tourists to the idyllic location, as well as from litter and the chemical residues of suncream.

Thailand is not the only country in the region to have taken such measures; earlier this year, Philippine President Rodrigo Duterte ordered the closure of Boracay island for six months, branding it a “cesspool” and ordering a cleanup operation to address the destination’s sewage problems. 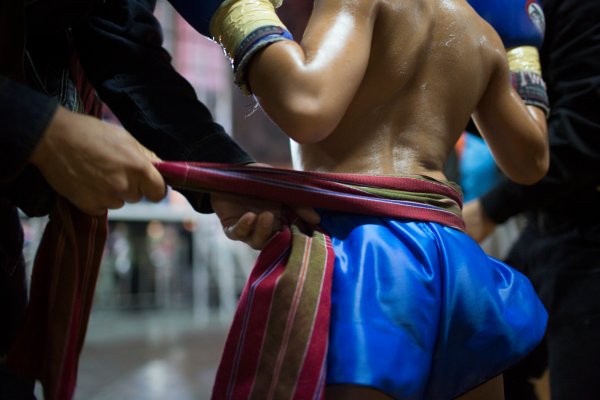 Thailand: Calls for Child Boxing Ban After Boy's Death
Next Up: Editor's Pick