The Best Gifts Above $500 To Give This Holiday Season

By Patrick Lucas Austin , Alex Fitzpatrick and Aryn Baker
Each product we feature has been independently selected and reviewed by our editorial team. If you make a purchase using the links included, we may earn commission.

It’s the holiday season, and you’re the kind of person for whom money is no object — or you just want to see how the other half gifts. Sound like you? Then check out our favorite gift options from $500 and above this year, from Dyson’s latest haircare innovation to a wildlife safari for charity.

Instead of riding your bike to work only to end up a sweaty mess, try VanMoof’s new Electrified X2 bike, which is powered by a battery inside the smart bike’s simple frame. Meanwhile, the outside boasts luxuries like an LED matrix display and an anti-theft system that lets users scare off potential bike thieves (and even track the bike if they’re dumb enough to take it). ($2,598, VanMoof) — Patrick Lucas Austin

The motorized balance board resembles a skateboard with a gigantic wheel in the middle, and lets riders go up to 19 miles per hour. Despite its unorthodox design, the Onewheel+ XR is easy to operate, can travel up to 18 miles on a single charge, and features customizable riding profiles for tackling different kinds of terrain. ($1,800, Onewheel) — Patrick Lucas Austin

The mirrorless revolution is upon us, and the “old guard” camera makers have finally arrived with praise-worthy models that can replace bulky old DSLRs. Both of these full-frame cameras are excellent, though I prefer the Canon for its fully flip-out screen that makes it a more useful video-recording tool. But your decision should probably come down to this: If you or whoever you’re buying for already has a bunch of Canon lenses, get the EOS R, if they have Nikon gear, get the Z7 — both companies offer adapters that’ll connect that older glass to these new bodies. ($2,299 for Canon EOS R; $3,396 for Nikon Z7, Amazon) — Alex Fitzpatrick

Following up the well-received Dyson Supersonic hairdryer, the company best known for its high-tech vacuums recently released the Airwrap, a hair curling-and-waving tool. Dyson says the Airwrap uses less heat than similar products, which in turn helps prevent hair damage. Like the Supersonic before it, it’s getting rave reviews from the haircare crowd, and would make a great gift for anyone who loves to style their hair every day but doesn’t want to risk burning it. ($550, Dyson) — Alex Fitzpatrick

Here’s a weird beast indeed: a digital Leica camera with no screen. M10-D users can only see their photos by connecting the camera to a companion smartphone app or uploading them to a computer. It’s meant to replicate the experience of shooting film (where you don’t really know what you’ve got until you develop your rolls) while also offering the convenience of digital photography. It’s an interesting gimmick, and one you could admittedly replicate with other digital cameras by resisting the temptation to peek at what you’ve shot. But using the M10-D feels like shooting a film Leica, and there’s something intangibly special about that. If money is no object, this is an especially great choice for anyone who waxes nostalgic for film’s heyday but embraces the benefits of digital. ($8,000, B&H Photo) — Alex Fitzpatrick

Naked’s scale uses depth-sensing cameras and a rotating design to scan user’s physique, providing them with information like weight but also various other bodily measurements including BMI, information they can use to track their fitness progress. ($1,400, Naked Labs) — Patrick Lucas Austin

Instead of popping open a bottle of wine you might not finish, the Plum Wine Dispenser lets users keep up to two bottles chilled and ready to enjoy for up to 90 days. ($2,000, Plum) — Patrick Lucas Austin

Motorcycles are cool, but electric motorcycles are obviously cooler. The Zero SR lets you go green while you ride around town, and is styled like a naked sportsbike. It’s also got a range of nearly 230 miles before it’s time to refuel — er, recharge. ($16,500, Zero Motorcycles) — Patrick Lucas Austin

Of all the impressive gadgets and devices we tested this year for the 2018 TIME Best Inventions list, this was the one I wanted the most to keep. The extremely portable CineBeam projects a razor-sharp, 4K image up to 150 inches across on a living room wall, bedroom ceiling or even the side of a house. It’s great for movie-watching, video-gaming or for big backyard parties. One caveat: The laser tech inside the CineBeam will eventually die out and can’t be easily replaced, but LG says it’ll last the average user well over a decade, meaning owners will probably want to upgrade before that time comes anyway. ($3,000, Amazon) — Alex Fitzpatrick

If you think hybrid cars are boring, have a seat behind the wheel of BMW’s i8. The coupe, with its suicide doors and futuristic styling, features a carbon fiber frame, 374 horsepower, and a convertible option for some top-down driving through a few winding roads. (Starting at $147,500, BMW) — Patrick Lucas Austin

A million bucks isn’t too much for the experience of a lifetime, right? Especially if it goes to a good cause, and guarantees the recipient the opportunity to see the world’s most endangered animals before it’s too late. Natural World Safaris is offering the opportunity to see 18 animal species on the edge of extinction, from Kenya’s northern white rhinos (two left in the wild) to Congo’s threatened gorillas, Madagascar’s black and white ruffled lemurs, bengal tigers in India, orangutans in Borneo, penguins in Antarctica and jaguars in Brazil’s Amazon rainforest. Travelers on the Journey to Nature’s Edge voyage are personally escorted by top local guides in each destination, and get to meet some of the world’s leading conservationists while learning about local conservation projects for each species. A percentage of the trip’s cost goes to each project visited. ($1,000,000, Natural World Safaris) — Aryn Baker 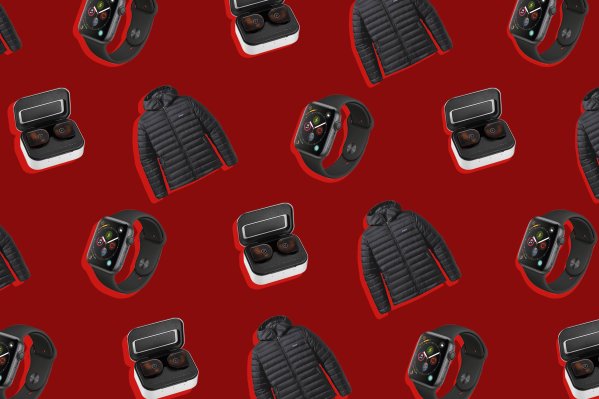 The Best Gifts Between $250-$500 to Give This Holiday Season
Next Up: Editor's Pick