The Whereabouts of China's Gene-Editing Doctor He Jiankui Remain Unknown

Biological researcher He Jiankui speaks on day two of the Second International Summit on Human Genome Editing at the University of Hong Kong (HKU) on November 28, 2018 in Hong Kong, China.
VCG—VCG via Getty Images
By Suyin Haynes

The whereabouts of He Jiankui, a Chinese scientist who claims to have created the world’s first gene-edited babies, remain unknown after his former workplace refuted media reports that he was detained over the weekend.

A spokeswoman for China’s Southern University of Science and Technology said that media reports of He’s detention were inaccurate but added that the university would be unable to answer any further questions regarding the matter, Hong Kong’s South China Morning Post reported.

The scientist stunned the medical community last week in a YouTube video, in which he claimed to have altered embryos for a couple during fertility treatments.

At a conference in Hong Kong on Wednesday, he gave his first public remarks on the DNA manipulation, saying that he altered the genetic material of two human embryos with the aim of making them resistant to HIV infections. The former Stanford University postdoctoral fellow then claimed that the gene-edited twin girls were born “normal and healthy” earlier this month.

His controversial revelation earned him the nickname of ‘Chinese Frankenstein’ and was met with a huge backlash from the wider scientific community. Similar forms of gene-editing are banned in the U.S., amid concerns about the consequences that such alterations have on future generations.

The Chinese scientist is now facing an investigation from China’s National Health Commission on the experiment, with a top official at the Ministry of Science and Technology telling state media that He’s work was “extremely abominable.” 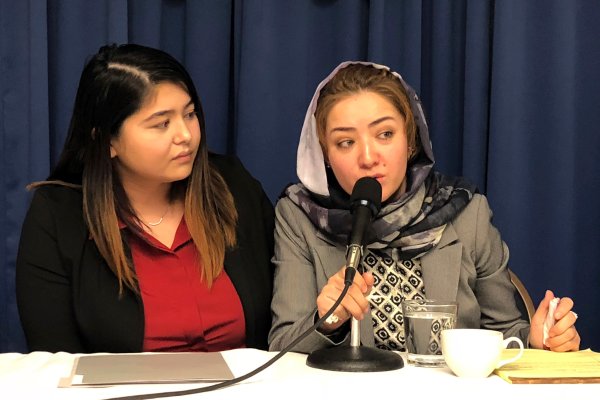 Uighur Woman Tells Congress of Torture in China Camps
Next Up: Editor's Pick