An Arizona woman was left “visibly shaken” after a series of racist threats were made to her by a fellow restaurant-goer in Phoenix.

Lennys Bermudez Molina was on the receiving end of bigoted remarks at a Wildflower Bread Co. last Tuesday, after she asked whether she could sit next to a woman, whose identity is not known. Bermudez Molina, who is of Puerto Rican decent, began recording her exchange with the woman after she said that she “prefers white.”

Bermudez Molina said that at first she thought the woman was joking. “Initially I had asked her if I could sit next to her,” Bermudez Molina tells TIME. “And she said “Do I have a choice?”

The video —which has been viewed almost 600,000 times since Bermudez Molina posted it on Facebook last week—shows the woman make threatening remarks toward Bermudez Molina, saying, “you will be wiped out, trust me.”

Bermudez Molina said the reason she asked for permission in the first place was because the woman was reading over some documents. “I’m a mortgage loan officer, so naturally we safeguard people’s information.” she said. “If she had said no I would have completely understood.”

After the woman left the restaurant, Bermudez Molina waited for her car to finish charging before leaving the restaurant, nervous that the woman might return. In an official statement Wildflower Bread Co. wrote “Wildflower does not condone racism or discrimination of any kind.”

Since the video went viral, Bermudez Molina said that she has received an outpouring of support from people around the world.

“I’m a people person, and I don’t want to give up hope on humanity because I had one bad experience.” She said. 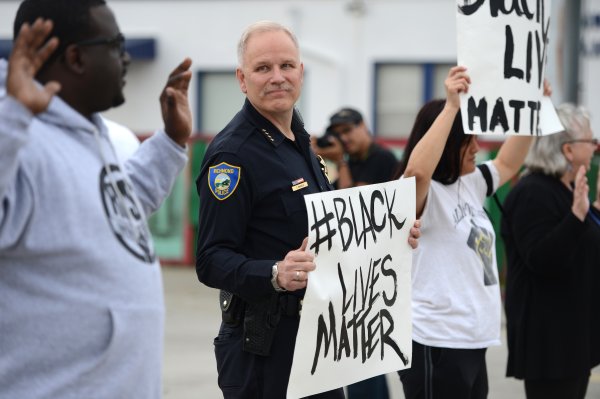