4 Things to Know About the History of NAFTA, as Trump Takes Another Step Toward Replacing It

A farmer protest against NAFTA on Oct. 21, 1993, in front of the Capitol in Washington, D.C.
Jeffrey Markowitz/Sygma —Getty Images
By Olivia B. Waxman

That treaty, which President Bill Clinton signed on Dec. 8, 1993, was meant to “eliminate most trade barriers between the three countries,” as TIME phrased it back then. Friday’s signing, almost exactly 25 years later, was largely ceremonial — Congress still has to approve the agreement before anything actually happens — but it brings Trump one step closer toward fulfilling his campaign promise to do away with what he has called “the worst trade deal ever made.” Though the new deal leaves the actual terms of NAFTA “largely intact,” it would mark a symbolic end to an era.

In light of that moment, TIME spoke to Max Cameron, co-author of The Making of NAFTA and professor of Political Science at the University of British Columbia, and Jefferson Cowie, an expert on labor politics and a professor of History at Vanderbilt University, about what to know about the trade deal’s history.

Why does NAFTA exist?

President Ronald Reagan had broached the idea of a free trade agreement with Mexico in the 1980s — when trade between the two countries was high-volume but in many cases restricted — but nothing ever came of it. Then a debt crisis in the middle of that decade changed Mexico’s mind. “It led Latin America to embrace market-oriented policies and abandon a longtime strategy that had focused on the promotion of local industries,” says Cameron. On top of that, he adds, Mexico’s then-President Carlos Salinas de Gortari — who had won the presidency in 1988 in an election some considered fraudulent — had reason to want to show he had earned the job. NAFTA was part of his attempt to “legitimize his presidency by announcing that Mexico is essentially joining the First World by signing a free-trade agreement with the U.S.”

And once that was happening, he says, Canada “wanted to be at the table” to make sure it wasn’t “being sidelined or blindsided” as Mexico gained advantages in the U.S. market, to which Canada already had privileged access.

Within the U.S., NAFTA was seen as putting “an official seal of approval on what was already happening in the 1970s and 1980s: two decades of American manufacturers moving jobs to Mexico,” as Cowie puts it, due to lower labor costs on that side of the border. Back then, the idea behind NAFTA, put simply, was that “increased trade will increase jobs on both sides of the border.”

The deal’s passage was characterized by TIME as “the biggest win of [Clinton’s] presidency.” At a ceremony marking the passage, Clinton said that “NAFTA means jobs, American jobs and good- paying American jobs,” largely because export-related opportunities are key to “an era in which commerce is global.”

NAFTA was a product of both the first Bush and the Clinton Administrations — and 34 Republican Senators voted for it — which makes it bipartisan, and President Clinton’s signing of it is sometimes identified as a milestone in a rightward shift for the Democrats.

“The Democrats had long championed workers’ rights, and the Republicans had become a free-trade party; that kind of broke down around with Clinton,” Cowie says. “The Democrats got walloped in [the presidential elections of] 1980, 1984, 1988, and they have to figure out how to accommodate the power of the new conservatism in America. There was an old wing that wanted to fight to defend the industrial protections and collective bargaining represented by the New Deal, and a new wing that shifted to the right and Clinton became the standard-bearer of that movement, the New Democrats.”

Cameron echoes that Clinton “fundamentally reoriented the Democratic Party from being the party of the working class and middle class to being a party that actually fought to compete with the Republicans for Wall Street’s favor.”

Ross Perot, the 1992 third-party presidential candidate, famously predicted that an agreement like NAFTA would produce a “giant sucking sound” — meaning Mexico sucking jobs out of the U.S.

What does NAFTA have to do with immigration?

Even though NAFTA is about trade, not immigration, Cameron thinks the latter topic has haunted the 25 years of the agreement’s existence.

“There were two issues considered ‘too hot to handle’ in the NAFTA negotiations. They were always in background of people’s minds, but it was pretty clear that they couldn’t be included in the negotiations because they were too contentious, and that was: labor flows and drugs,” he says. “Everyone knew that if you opened up the border and had thousands of trucks crossing the border every day, you were going to open the market to illicit products as well. Salinas said NAFTA would provide enough jobs for Mexicans to earn a good income and not need to travel to the U.S. [for work]. He’d say ‘We want to export goods, not people’ and ‘We want trade, not aid.’ But wages didn’t go up enough to stem the flow of migrants.”

In addition, it happened that the signing of NAFTA coincided with what Cameron describes as a “financial meltdown” in Mexico’s banking system. The ramifications of that business crisis included the drug economy stepping in to fill the vacuum in the country’s economy, and the subsequent growth of the cartels. That process, which Cameron says led to violence spreading in Central American countries, is still a major factor in the flow of migrants north to the United States today.

The financial crisis also changed people’s perception of NAFTA in Mexico and the surrounding regions. It “was one of the things that led people to feel the whole strategy of promoting markets was not working, that’s part of what then causes the emergence of left-wing leaders in places like Venezuela, Brazil, Argentina, Bolivia, Ecuador,” says Cameron.

Have opinions about NAFTA changed?

But the political debate about NAFTA that grounds Trump’s particular argument, experts say, is one that took a little longer to evolve.

“The fear was — and the reality, I would argue, is — that core manufacturing of auto, garments, electronics moved to Mexico,” Cowie says. The loss of those higher-wage, unionized manufacturing jobs bred “powerful resentments” in the South, Midwest, and Rust-Belt regions. The Democratic Party has never been forgiven for that, Cowie believes, and Trump has successfully capitalized on how angry people still are about these lost jobs.

“I think what Trump is picking up on is the perception, which is true, that while NAFTA did lead to more trade and investment across the borders, it hasn’t led to rising living standards on either side in the way it was expected to do by those who promoted it,” says Cameron. “That’s the central paradox.” 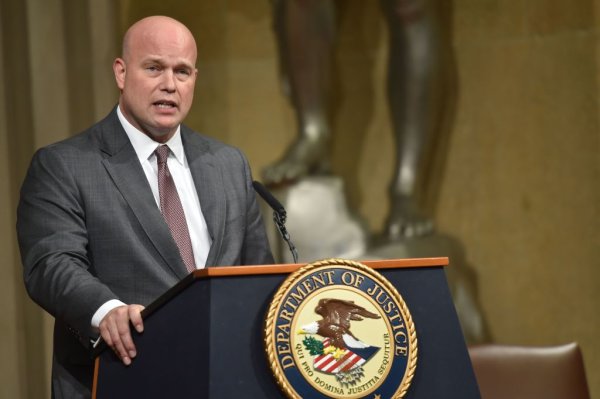