Brexit Can Supercharge Britain's 'Special Relationship' with the U.S.

At the European Council on Nov. 25, leaders from the European Union endorsed the terms on which the U.K. will leave the E.U., and the political declaration that outlines our future relationship. This is a major milestone, after nearly two years of negotiations. Both sides have had to compromise to deliver a solution which works for both the U.K. and the E.U.

For some in the U.K., the compromises made during the divorce proceedings have been difficult to reconcile. But soon this Withdrawal Agreement will go to parliament and my colleagues will have to weigh those grievances against the alternatives – no deal or, worse, no Brexit at all.

So it’s important to keep the national interest at the forefront of our minds. This agreement was never going to answer all the questions about the U.K.’s future relationship with the E.U. – rather it is the mechanism that allows us to begin negotiations on our future economic partnership once we have left, as set out by the European Treaties. These future talks will set the parameters for our trade relationship with Europe and, in turn, our ability to strike ambitious free trade deals around the world with established partners and new rising economies. That, after all, is the principle economic opportunity of Brexit – to grow our trade, on our own terms, with partners beyond the shores of Europe.

Let me reassure those with lingering concerns about the terms of our withdrawal: After we leave the E.U. on March 29, the UK will have an independent trade policy covering goods and services, we will be able to set our own tariffs, and we will be able to negotiate, sign and ratify new free trade agreements. And among our first priorities is an agreement with the United States.

The U.S. is already our single largest trading partner. Trade between our two countries is worth more than £180bn and accounts for a fifth of all U.K. exports. It is underpinned by the world’s closest investment relationship with over $1 trillion invested in one another’s economies. What’s more, over one million British citizens work for American companies in the UK and more than one million Americans work for British firms in the U.S. Good jobs for working people in both of our countries – the benefits of free trade made real.

Our preparations to begin trade talks with the U.S. are advanced. White House Trade Representative, Robert Lighthizer, recently launched a call for comments on his draft negotiating objectives. On our side of the Atlantic, my team is busy analysing the responses to our own public consultation and we will publish our negotiation objectives before negotiations begin. Just this week, U.S. Ambassador to the U.K. Woody Johnson told us that “the United States is ready to get to work.”

The relationship between our countries has been “special” for many years, but Brexit has given us a once-in-a-generation opportunity to raise it to a new level. With our shared history and mutual economic interests, we are in a position to set the global benchmark for how two leading, open and mature economies can trade with each other.

We can revolutionise the rules on the digital economy, encouraging innovation and investment. We can unleash the economic power of data flowing freely across borders. We can lead the world on emerging technologies like AI and the internet of things – tackling together the new challenges and sharing the rewards they present.

Soon, two of the world’s top five economies will have the chance to show how we can liberalise trade in both goods and services, boosting profitability and consumer choice without diluting standards.

Trade can be, and should be, mutually beneficial. Yet trade is not an end in itself. It is a means of spreading prosperity. Prosperity leads to social cohesion which in turn underpins political stability. And it is political stability that is the cornerstone of our collective security.

The security of its people is the most fundamental responsibility of any government. Trade is part of the same continuum and, in that objective, the U.S. will find no firmer ally than the U.K.

Brexit allows us the freedom to create a truly global Britain at heart of the world’s fastest growing markets. To become the world’s foremost champion of free trade and its most ambitious practitioner.

We will use our independent seat at the World Trade Organization (WTO) to help reform the organisation, making it fit for the 21st century. We will pursue trade deals that liberalise trade in services more than ever before. And we will give developing countries terms of trade that will help to fast-track their route out of poverty.

But an independent Britain can go even further. Since the WTO was founded in 1995, the global economy has changed beyond all recognition. Advances in communications technology have transformed the way we interact with our partners and consumers around the world. But the global rules-based system has not kept up with the pace of this change.

We see it as the U.K.’s duty to champion a modernization of global trade rules – ensuring that data flows freely and valuable copyright is protected, lifting the red tape that stifles innovation and tackling the alarming rise in protectionism around the world.

In this, our stance is unwavering. We are anti-protectionist and pro-free trade. We will work with likeminded friends and allies in Europe and beyond to preserve and promote free trade around the world.

This will be at the heart of our thinking as we negotiate a future economic partnership with Europe. Then we can establish a truly global Britain once again. 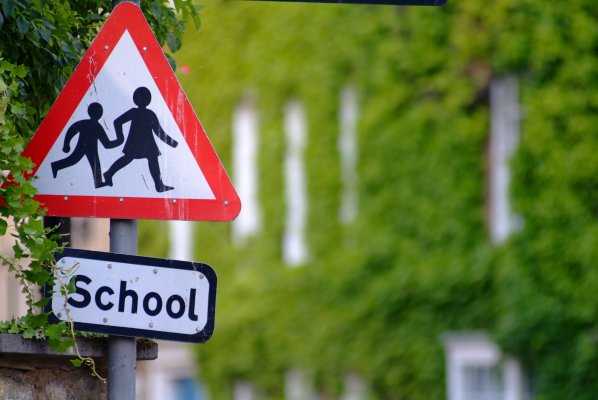 British Teenager Charged Over Assault of 15-Year-Old Syrian Refugee
Next Up: Editor's Pick