A woman prepares a syringe at a vaccination point against measles in Cucuta, Colombia.
SCHNEYDER MENDOZA—AFP/Getty Images
By Jamie Ducharme

Reported cases of measles spiked in 2017, threatening years of public health progress and pointing to gaps in vaccination coverage worldwide, according to new data released Thursday from the World Health Organization (WHO) and the Centers for Disease Control and Prevention (CDC).

Increases were observed in nearly every disease-monitoring region, with the largest spikes seen among nations in the Americas, Europe and the Eastern Mediterranean. Only the Western Pacific region saw a decline.

Measles is a highly contagious viral infection that can cause a telltale rash, high fever and cough; in serious cases, it can result in brain swelling, pneumonia, vision loss or death. The virus can be prevented with a two-dose vaccination.

The fact that measles cases are surging even in countries that had largely eliminated the disease suggests that reluctance to getting the vaccine may be to blame, according to health officials. “Gaps in vaccination coverage” resulted in 110,000 deaths, according to the WHO.

For example, in Italy, where anti-vaccine sentiment is particularly strong, measles has become a renewed public health concern.

According to WHO, global coverage from the vaccine’s first dose is around 85% — an improvement since 2000, but still below health officials’ 95% target — while coverage from the second dose lags well behind, at 67%.

“Without urgent efforts to increase vaccination coverage and identify populations with unacceptable levels of under-, or un-immunized children, we risk losing decades of progress in protecting children and communities against this devastating, but entirely preventable disease,” WHO Deputy Director General for Programmes Dr. Soumya Swaminathan said in a statement. 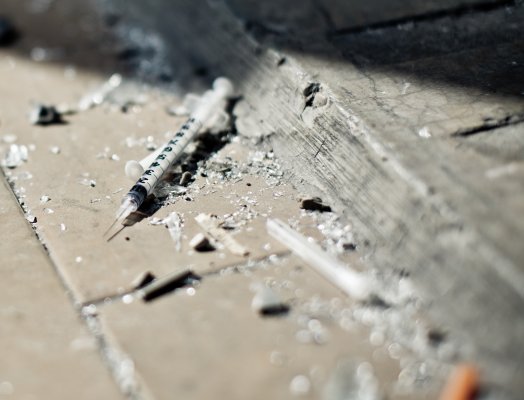 U.S. Life Expectancy Dropped for the Third Year in a Row. Drugs and Suicide Are Partly to Blame
Next Up: Editor's Pick