Review: Sony's PlayStation Classic Is Too Frustrating to Love

Nostalgia is a powerful marketing tool, often used by companies to provoke consumer desire and extract more money from the pockets. A prime example: The rise of “classic” shrunken-down versions of decades-old video game consoles, loaded with favorite games from yesteryear. While Nintendo popularized the trend, Sony’s now getting in on the action with its $99 PlayStation Classic, a miniature replica of the iconic PlayStation with two controllers and 20 games.

But despite the appealing design and potential to relive some of your favorite moments in video game history, Sony’s PlayStation Classic is a frustrating device. Barebones in terms of extras and marred by flaws, it may leave both hardcore PlayStation fans and casual gamers feeling as if it’s little more than an attempt to capitalize on the nostalgia of older Millennial gamers who now have disposable income of their own to spend.

The PlayStation Classic looks identical to the original 1994 console, down to the pair of included joystick-free controllers. But it’s 45% smaller than the original and only plays the included games, so don’t expect it to read any PlayStation discs you might have lying about. You won’t need a memory card, either, as everything just saves to the system itself. Like other “classic” consoles released by Nintendo and Sega, the PlayStation Classic is just a tiny computer running a PlayStation software emulator, with some ports for controllers and an HDMI cable. It looks cool, and reminds me of the console I never owned but desperately desired.

But, of course, it’s all about the games. The Classic has a selection of 20 well-known titles, though whether you’ll enjoy the selection depends on your tastes. Iconic games like RPG Final Fantasy VII, fighting simulator Tekken 3, and stealth-centric Metal Gear Solid are present, so you’ll no doubt find something you remember enjoying, or might enjoy for the first time around now. But more influential titles, like adventure game Spyro the Dragon or rhythm game PaRappa The Rapper are nowhere to be found, while other included games like Syphon Filter and Battle Arena Toshinden simply take up space due to their similarity to the more popular entries already present.

Whatever the reason, Sony’s choice of “classic” games to include on the system is unexciting. Even more confusing is the use of nine titles formatted for European televisions rather than North American televisions, leading to a handful of games that run slightly slower than the other offerings on the device.

While you can save games traditionally using the “virtual” memory card, hitting the reset button on the console itself will automatically create a save “snapshot” of the game you were playing, letting you jump right back in whenever you’d like. That’s cool, but it only creates one snapshot at a time, so you can’t create multiple snapshots before inflection points like boss battles. By comparison, Nintendo’s SNES Classic allows for up to four save slots per title.

Unfortunately, both the PlayStation Classic’s software and hardware stand in the way of truly enjoying the throwback experience. For one, you won’t be able to use it out of the box. Sony is seemingly paying homage to the old “batteries not included” stinger that plagued toy advertisements in the 90’s by omitting a power source. Instead there is only a Micro-USB cable for connecting the Classic to a powered USB-A port, though you’ll have to provide that part of the equation yourself. The charging adapter that came with your smartphone will work just fine, thankfully.

The PlayStation Classic’s home screen is pretty barren, and the software emulating the games lacks many of the gameplay-enhancing features found in other versions of the Classic’s emulator available online. No rewind functionality, no anti-aliasing for smoother graphics, no use of improved textures, and only a single slot for instant game save snapshots.

In addition, the two controllers are flawed in several ways. The attached cables are too short in length for comfortable play on your couch, so you may end up sitting on the floor (Nintendo’s NES Classic had the same problem, which that company fixed with the SNES Classic). Also missing is the pair of joysticks present on the first DualShock controllers that shipped with later versions of the PlayStation. That makes navigating, aiming weapons, and driving cars a frustrating task, sloppily accomplished with the controller’s directional or shoulder buttons.

Compared to Nintendo’s $59 NES Classic and $79 SNES Classic consoles, Sony’s $99 PlayStation Classic isn’t offering much for the price, either. The NES Classic included 30 of its most well-known games, offered multiple save slots per title, and its own power adapter. The SNES offers mostly the same, and while it only includes 21 titles, one of them is the previously unreleased Starfox 2. Sure, all three peddle nostalgia for profit, but Nintendo does it better, and offers more for less.

The PlayStation Classic is a story of missed potential. Proper DualShock controllers (included with later versions of the original console) would have made many of the games easier to play and more enjoyable overall. While licensing issues are usually to blame when it comes to reviving old games, access to an online store with a handful of extra titles would at least give those unsatisfied with the included selection an opportunity to choose from even more games, possibly with more titles added later on. And an included power supply would save everyone the headache that is figuring out how to even turn it on. Instead, Sony presented fans with a neutered version of one of the most influential consoles ever made, removed its best features, and neglected its most enjoyable titles. You really want to feel some nostalgia? I suggest you visit eBay and get an original PlayStation. Now that’s cool. 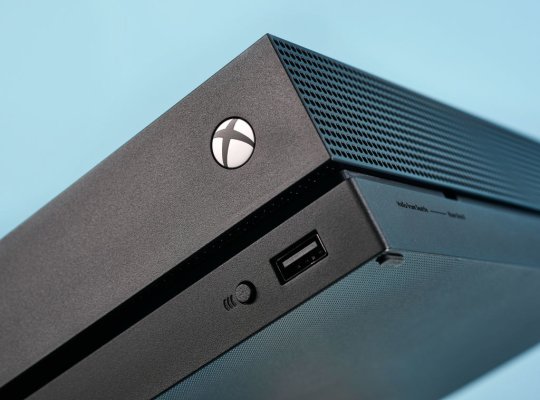 Microsoft's Black Friday Deals Are a Gamer's Dream
Next Up: Editor's Pick