When General Motors announced on Nov. 26 that it was halting production at five factories and cutting 15% of its workforce, the news came as a major blow not only to autoworkers but also to President Donald Trump, whose economic agenda was built on the promise that he would bring manufacturing jobs back to the U.S. The layoffs also suggested something broader: economic instability that extends well beyond a single company, as automakers face rising tariffs, declining sales and changing consumer habits.

GM’s announcement left manufacturing cities reeling. The company says it will halt production at plants in Lordstown, Ohio; Detroit and Warren, Mich.; White Marsh, Md.; and Ontario, Canada. It will also lay off more than 14,000 workers, including 25% of its executives. The changes come as part of a global restructuring for the company, which has said it will move away from lower-selling sedan models to focus on electric and autonomous cars, as well as crossovers, SUVs and efficient trucks.

The United Auto Workers union said it would challenge the move through “every legal, contractual and collective bargaining avenue open to our membership,” and politicians on both sides of the aisle also slammed the layoffs. President Trump weighed in too, saying he directed GM CEO Mary Barra to replace production in the affected factories with other models rather than closing plants. “You better get back in there soon,” he said he told the CEO.

The company responded to the backlash by saying it was only doing what was needed to support future jobs, and Barra described her company’s decision as necessary to “stay in front of a fast-changing market.” Ford and Chrysler have made similar moves, with both saying they would stop making sedans. But all have also warned they could be impacted by tariffs on raw materials. With those forecasts now coming to bear, experts caution that GM’s move could be a sign not only of which cars Americans will drive in the future, but also of an economy-wide slowdown ahead. 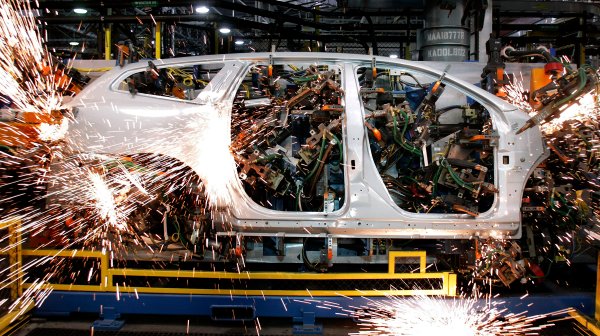 Here's Every Factory and Car GM Is Canceling
Next Up: Editor's Pick