Sisterhood is powerful, but friendships between women can be among the thorniest flowers on earth. We often stand together, and need to do so for survival. But women, like all human beings, have flaws and frailties that sometimes tip into the red zone of defensiveness or distrust. Envy takes root like a weed; competitiveness becomes a blood sport. The complications are even greater for ambitious women making their way in a world dominated by men. Is the woman in the next cubicle your ally or your secret enemy? And if she’s the latter, can she somehow be turned into the former?

Long before any of us had careers to build or corporate ladders to climb, there were women trying to untangle these very questions–and they were ruling actual countries. This is the movie season not just of powerful women, but of women in power: Mary Queen of Scots, the film debut of theater director Josie Rourke, and The Favourite, from Greek director Yorgos Lanthimos, both give us women whose crowns, for one reason or another, do not rest easy on their heads.

In Mary Queen of Scots, Saoirse Ronan plays the ill-fated Queen, married to France’s King Francis II until, as an 18-year-old widow, she came back to her home country. The movie begins with that return to Scotland, and Ronan’s Mary–serene but resolute, with skin like a veil of morning mist–looks so at home in this rugged landscape that you wonder how she’d ever managed to leave it. Mary writes her cousin, the Queen of England, Elizabeth I (Margot Robbie), eager to forge a union and optimistic about the future: “Ruling side by side, we must do so in harmony, not through a treaty drafted by men lesser than ourselves.”

Around this time, roughly 1561, Elizabeth is still a young beauty: as Robbie plays her, with her frizzle of red hair, she’s the picture of feminine confidence. She’s less interested in producing an heir than in doing the day’s work. Much later, her looks transformed by illness if not just by stress and worry, she’ll utter a line that’s piercing in its frankness: “I am more man than woman now–the throne has made me so.”

In the early days, though, she’s receptive to the idea of joining forces with her cousin, eager to see what the two might build. But the duo’s early eagerness dissolves into suspicion once political forces on both sides–in other words, dudes, played by sturdy actors including Guy Pearce and Adrian Lester–start elbowing in on the action. You probably know how this story ends, but Rourke makes the getting-there suspenseful even so. And both Ronan and Robbie are superb: they have just one scene together, but their characters’ dual isolation and increasing rancor, playing out in twin kingdoms so close to each other and yet so far, becomes a force of its own–a potential kinship that becomes a destructive fireball.

There’s fire of a different sort in The Favourite, a fantastic little cupcake of a movie laced with thistle frosting. Olivia Colman–perhaps best known for the British crime drama Broadchurch–gives a remarkable performance as a fictionalized version of Queen Anne, a lonely ruler who conceived at least 17 children and, in one way or another, lost them all. Now she’s portly and dithery and suffers terrible leg pains that largely confine her to a wheelchair. She also dislikes dealing with politics and affairs of state, which makes her a prime target for the scheming Lady Sarah (Rachel Weisz, marvelous as always), whom she considers her closest friend. Sarah has her own ideas about the future of England and how its war against France should be waged, and she uses her friendship with the Queen to shape the course of events to her benefit. Meanwhile, the men of the court mill around uselessly, which at least gives the women the freedom to run the show.

The friendship between these two women may be based on power games, but it’s also a love affair. They’re bound by carnality and tenderness, and their private moments are presented in a way that feels casually modern, never sensationalistic or tawdry. Yet that bond is tested when Sarah’s comely cousin Abigail (Emma Stone, in a fine, saucy-sharp performance) arrives at court. She’s meek and polite on the surface but a schemer at heart. Still, she wins Sarah’s favor with her cutting wit, and from there, with her strawberry-sunshine smile and alleged kindness, she proceeds to charm the Queen as well.

These three women circle one another warily, forming allegiances here and breaking bonds there. The humor is crisp and dry and sometimes bawdy, though there are moments of cutting sadness too. For all the pleasures it offers, The Favourite isn’t an easygoing story about women learning to trust one another. Rather, it’s about what it means to earn, if not to deserve, another’s love–and to miss it when it’s gone.

How do men fit into all of this? They almost don’t, unless they’re stepping in to stir up trouble. In both pictures, men are secondary; it’s the women who strive to keep order or at least just sanity, either within the court or between neighboring kingdoms.

These are feisty, clever films; they’re gorgeous to look at, and both are loosely factual, though not slavishly so. Yet even if the stories they tell are rooted in the distant past, they’re somehow perfect for the mood of late 2018. This has been a year of women fighting to be heard, understood and believed. Some men are already our allies, and we have to believe their numbers are increasing. But face it: some days, men just seem to be in the way. Both Mary Queen of Scots and The Favourite, as entertaining as they are, end in a place closer to despair than to triumph–not necessarily because the Queens in question rendered poor judgment, but because, in their treacherous worlds, it became impossible to know whom to trust. And, to put it bluntly, men didn’t help. 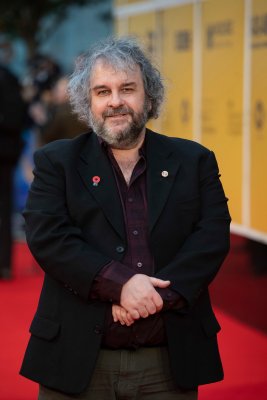 Peter Jackson on His New WWI Documentary, a Painstaking Labor of Love
Next Up: Editor's Pick