Mrs. Maisel’s Season 2 Is the Perfect Escape From 2018

Everyone loves a comeback story, and with its first season, Amazon’s The Marvelous Mrs. Maisel offered two of them. There was the unlikely evolution of heroine Miriam “Midge” Maisel (Rachel Brosnahan) from jilted Upper West Side Jewish housewife to rising downtown stand-up star. But the 1950s-set series also marked a triumph for its creator, Amy Sherman-Palladino, who’d spent years following her long run with Gilmore Girls struggling to find an audience for her chatty, female-focused shows. Sherman-Palladino cleaned up at the Emmys, and deservedly so.

Maisel returns on Dec. 5 with 10 new episodes that feel like a Hanukkah gift. As her career ramps up, Midge is struggling to keep her duties as a mom, daughter and department-store switchboard operator separate from the comedy world. Her last name gets printed in the paper. Her potty mouth causes scandals with her square friends. Even her gruff, penniless manager Susie (Alex Borstein) winds up house sitting at Midge’s parents’ place.

The plot can get a bit repetitive–we get it, comedy was sexist in the ’50s–but what Sherman-Palladino’s series lack in narrative momentum, they make up for in distinctive characters and cozy charm. In Brosnahan, she’s found her most magnetic lead to date: Midge shines in every scene. Although the supporting cast is also wonderful, the decision to give her parents (Tony Shalhoub and Marin Hinkle), her ex (Michael Zegen) and Susie more independent story lines in Season 2 makes early episodes drag a bit. But the show becomes pure pleasure as it progresses–particularly in the episode when the Maisels take off for a trip to the Catskills and, just as she did in Gilmore Girls, Sherman-Palladino gets to build an entire close-knit community.

None of this quite makes Maisel TV’s best comedy, though it’s not hard to imagine why Emmy voters would be moved to bestow that honor on an upbeat retro showbiz story. From the glitz of old New York to the lavish period costumes to Brosnahan’s mirthful grin, it’s really grade A escapism. And in a year like 2018, when reality feels like one big escape room, Maisel’s second act is nothing short of a mitzvah. 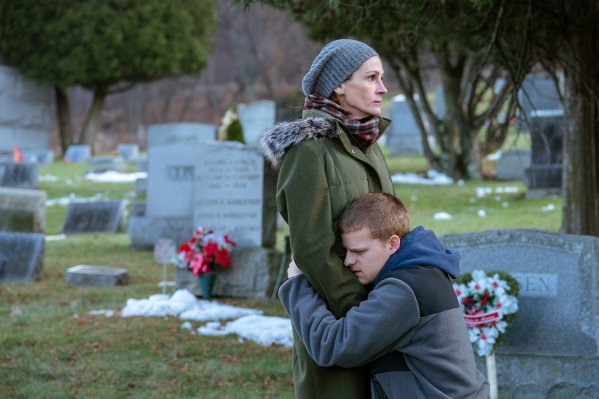 Ben Is Back Stumbles Despite a Sensitive Turn by Julia Roberts
Next Up: Editor's Pick