Whose Side Are You On? How You Feel About the Koi-Devouring Otter Saga Could Reveal Your True Self

A wild river otter‘s quest to satiate his hunger has resulted in a weeks-long saga surrounding the pricey loss of Koi fish to a Vancouver garden.

The intrepid otter, who was first spotted in the garden mid-November, has killed and eaten at least 10 of the precious Koi fish at the Dr. Sun Yat-Sen Classical Chinese Garden in Vancouver’s Chinatown. The otter’s voracious appetite and decidedly expensive taste in fish (according to CTV News, the Koi are valued at between $1,000 – $5,000) has prompted the garden to close the grounds in order to evacuate the four remaining Koi fish and catch the otter.

As of Monday, only one of the valuable Koi fish had been caught and transferred to the Vancouver Aquarium for safekeeping. The staff is currently working to lower the water level in the pond since high water levels and murkiness have made it difficult for them to catch the remaining fish. Humane traps have been set for the otter who, once caught, will be relocated to the Fraser Valley.

The garden is closed until further notice, as the search for the otter and the remaining Koi fish continues, but those who wish to follow the story as it develops, can follow along on Twitter, on the Garden’s official account and using the hashtag, #Otterwatch2018. 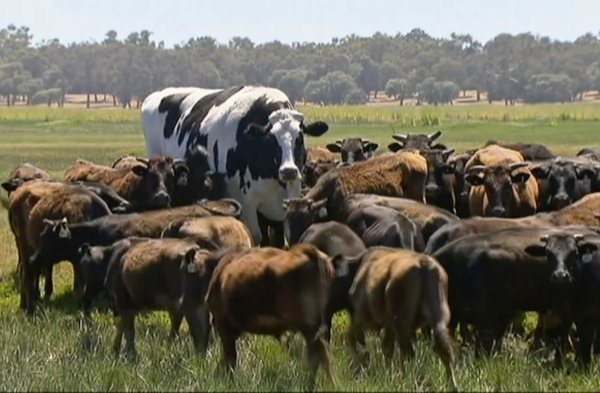 An Expert's Opinion on Why Everyone's Favorite 'Colossal Cow' Knickers Is So Big
Next Up: Editor's Pick