It’s official: Margaret Atwood confirmed she’s writing a sequel to The Handmaid’s Tale more than 30 years after the original dystopian story was published.

Called The Testaments, the sequel is set 15 years after Offred’s last scene in The Handmaid’s Tale, and is narrated by three female characters. The new book comes out on Sept. 10, 2019, with a first printing of 500,000 copies.

Atwood confirmed the news to excited fans in a tweet Wednesday morning.

“Everything you’ve ever asked me about Gilead and its inner workings is the inspiration for this book,” Atwood said in a note addressed to readers. “Well, almost everything! The other inspiration is the world we’ve been living in.”

The Handmaid’s Tale, which depicts the United States after it collapses into a totalitarian regime where fertile women are forced to become “handmaids” for high-ranking men and their barren wives due to a plummeting birth rate, soared on the best-selling lists in the wake of the 2016 presidential election of Donald Trump and a TV adaptation of the book on Hulu.

While the book was first published in 1985, its depiction of violent oppression of women, environmental issues and Americans fleeing the country in search of a better life has resonated among a new generation of readers. A third season of the TV adaptation is currently in production.

“The Handmaid’s Tale is always relevant, just in different ways in different political contexts,” Atwood told TIME last year. “Not that much has changed.” 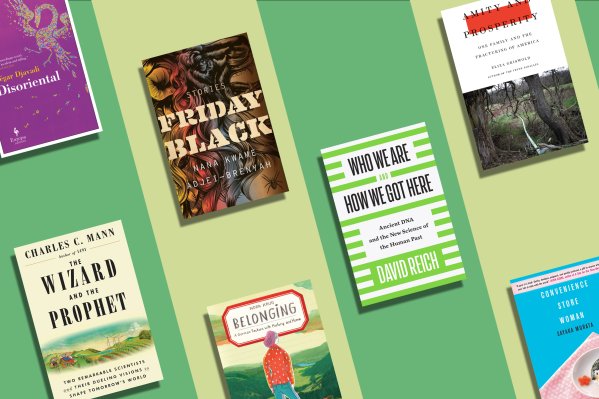 8 Must-Read Books You Might Have Missed in 2018
Next Up: Editor's Pick