A Chinese doctor who claims to have engineered the world’s first successful birth of genetically modified humans said he was “proud” of the historic feat, despite widespread backlash from the medical and scientific communities.

In his first public remarks since revealing the rogue achievement, Chinese biologist He Jiankui on Wednesday outlined the DNA manipulation he performed. He said he altered the genetic instructions in two human embryos to try to make them resistant to HIV infections. He claimed the gene-edited twin girls were born earlier this month.

“Lulu and Nana were born normal and healthy,” he told a rapt audience at a Human Genome Editing Conference in Hong Kong, referring to the twins by pseudonyms.

Then came a surprising, second twist: He says his trial has resulted in “another potential pregnancy” of a genetically-edited human, though that pregnancy is in very early stages.

He, a former Stanford University postdoctoral fellow who is based at China’s Southern University of Science and Technology, said that his team first worked on mice and monkey embryos using a cutting-edge gene-editing technology known as CRISPR to disable a gene that allows the HIV virus to penetrate cells. Natural mutations to the gene, known as CCR5, affect up to 10% of the populations in northern European countries and can also confer immunity to HIV, the scientist said.

He’s team worked with seven Chinese couples, all of which included an HIV-positive father. According to He, his team will track the infants’ development for the next 18 years, “with the hope that they will consent as adults for continued monitoring and support.” The work has yet to be published in any medical journal, or publicly verified by evidence.

He’s alleged tinkering of humanity’s biological architecture was first revealed in a YouTube video this week that sent shockwaves through the biomedical community. Scientists and ethicists have raised alarms about the secrecy of the project, and some denounced it as human experimentation.

Similar genetic alterations are banned in the U.S., in part due to concerns about the ramifications on future generations that inherit an artificially hacked gene. Scientists have also expressed fears of a slippery slope into a future where designer babies are genetically engineered at whim.

In a statement published Monday, the conference organizing committee said genome editing trials should be conducted “only for compelling medical reasons in the absence of reasonable alternatives, and with maximum transparency and strict oversight.”

He’s university has disavowed his research, saying in a statement that it was “deeply shocked” and accusing He of “seriously [violating] academic ethics and codes of conduct.” China’s National Health Commission has also ordered an investigation.

Following He’s address Wednesday, Nobel laureate David Baltimore said that “it would be irresponsible to proceed” with similar experiments “unless and until the safety issues had been dealt with.”

“I don’t think it has been a transparent process,” Baltimore added, condemning “a failure of self-regulation by the scientific community.”

At the conference in Hong Kong, He defended himself against a slew of incredulous questions. Attendees pressed him on whether his team acted ethically while obtaining consent from the trial participants, on how he could prove the test’s effectiveness while maintaining its subjects’ anonymity and on what his ongoing responsibility is to the innovative new babies.

Despite the blowback, the beleaguered scientist continued to insist that he is “proud” of the experiment, which he funded himself. “If we have the technology, we should make it available earlier. That will help more people in need,” he said.

Asked whether he would have carried out the experiment on his own offspring, He replied, “If [it were] my baby, I would have tried it first.” 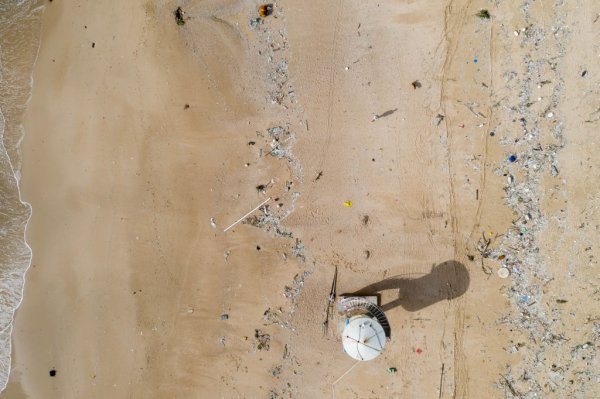