When people around the globe observe World AIDS Day on Saturday, it will mark the 30th anniversary of the Dec. 1 observance. This day of awareness was originally intended to spread information at a time when the disease was largely misunderstood by many people. But, though much has changed in the intervening three decades, there’s still a lot of incomplete information out there about the development of the HIV/AIDS epidemic.

Here’s a look at a few of the myths and misconceptions about that history, and what to know about the real story of this era-shaping virus.

In 1982, CDC officials who were studying a cluster of cases in Southern California zoomed in on a “Patient O” — using the letter O to represent someone outside California — who had a cancer called Kaposi sarcoma, the presence of which is often associated with the HIV virus. The moniker morphed into a zero, most famously thanks to San Francisco Chronicle journalist Randy Shilts, author of And The Band Played On, a 1987 bombshell book about the struggle to control the epidemic. As he explained how he happened upon the phrase in a 1993 interview, “In the middle of that study was a circle with an O next to it, and I always thought it was Patient O. When I went to the CDC, they started talking about Patient Zero. I thought, Ooh, that’s catchy.”

His book revealed that the person in question was French-Canadian flight attendant Gaetan Dugas, who was thought to have contracted the disease before 1980. He boasted of hundreds of male sexual partners before his death in 1984, was linked to 40 of the first 248 cases in the U.S., as TIME once reported. As “Patient Zero,” Dugas was blamed as a nexus for the virus’ spread.

But in 2016, scientists confirmed that Dugas didn’t start the epidemic in North America, based on a new genetic analysis of his blood and nearly 16,000 blood samples collected in New York City and San Francisco in 1978 and ’79. The study, published in the journal Nature, confirmed that the strain of virus Dugas had had already been making the rounds. The study said it probably traveled from Africa to Haiti in 1967, from Haiti to New York City in 1971, and then from New York City to San Francisco in 1976.

Exactly how it spread continues to be studied. A 2014 study said the strain originated in the 1920s in Kinshasa, in the present-day Democratic Republic of the Congo. The 2011 book The Origin of AIDS by infectious disease doctor Jacques Pepin argued that one might be able to trace the virus’ spread to bush-meat hunters who handled chimpanzee blood, and a surge in prostitution that took place among the disorder of the decolonization of the Democratic Republic of the Congo in the ’60s. Many of the bureaucrats sent there to establish order came from Haiti, and one or more of those workers may have brought it back to the island. As for how the virus went from Haiti to the U.S., he theorizes that it may have involved another combination of factors, ranging from an unsanitary handling of samples at a plasma center to Haiti’s reputation at the time as a sex tourism destination.

While many of the most well-known AIDS activist groups and celebrity fundraisers came out of those places, the American fight for a cure — and for the rights of those with AIDS — wasn’t just a coastal phenomenon. As explained by David Roman, an expert on the history of HIV/AIDS and a professor of English and American Studies at the University of Southern California, some lesser-known activist figures at the height of the AIDS crisis were no less important for working elsewhere.

In Denver, the Denver Principles were outlined in 1983 as a kind of bill of rights by a group of activists and healthcare professionals, including Dan Turner and the self-proclaimed “AIDS Poster Boy” Bobbi Campbell. (Both would die of the disease.) The list was conceived to empower those diagnosed to be their own health advocates, as well as to guide healthcare professionals on treating them. “We condemn attempts to label us as ’victims,’ which implies defeat, and we are only occasionally ’patients,’ which implies passivity, helplessness, and dependence upon the care of others. We are ’people with AIDS,’” it declared.

In Chicago, Danny Sotomayor — who has been called the first Latino openly gay nationally syndicated cartoonist — often spoofed politicians’ lack of progress on funding critical research. As a leader of the Windy City’s chapter of ACT UP, he made headlines for his protests at City Hall, including by confronting Mayor Richard Daley at a black-tie gala with a sign that said “Daley, Tell the Truth About AIDS.”

And in Seattle, Thatcher Bailey founded the Bailey Boushay House, considered the leading hospice care facility for people with AIDS; it’s named for him and his partner Frank Boushay, who died of AIDS in 1989. When it opened in 1992, the New York Times reported that somebody dies there “about every 30 hours,” and that June Osborn, then the doctor chairing the National Commission on AIDS, believed the facility could set an example “not only for AIDS patients, but for chronically ill elderly people.”

Myth: “The AIDS crisis is over”

While AIDS-related deaths have declined and treatment options have improved, access to such treatments is still a significant issue. These days, in particular, AIDS deaths are increasing in both the Eastern Europe-Central Asia region and in the Middle East and North Africa.

According to August 2018 UNAIDS data, the estimated number of new HIV infections in Eastern Europe-Central Asia doubled from more than 60,000 in 2000 to more than 120,000 in 2017. Russia has the largest percentage of people living with HIV in the area (70%); the number of cases there hit the 1 million milestone in 2016 since tracking started in the late 1980s, after the first case was reported in Moscow in 1987. About 39% of those diagnosed in 2017 were intravenous drug users, a situation often attributed to fallout from the end of the Soviet Union, as living conditions broke down for many and the opening of trade paved the way for drugs to flow in. (Even before the end of the Cold War, a 1980s Russian disinformation campaign alleged that AIDS was a byproduct of U.S. biological weapons experiments.) Anti-gay policies have compounded the crisis, and centers that treat people living with HIV have become targets for domestic terrorism.

A crackdown on LGBT rights has also exacerbated a HIV/AIDS crisis in Indonesia.

In the United States, the virus is of particular concern in the South. According to the CDC, the region is home to a disproportionate amount of all people living with HIV in the U.S. — and more than half of those people are African-American. Factors thought to be at play in keeping the region behind include the fact that poorer, rural areas have medical centers less equipped with the latest drugs and tests, and that those hospitals treat patients who may not be able to afford the tests and treatment.

And no matter where, while current treatments have helped people live longer and have helped reduce the risk of getting HIV, there is still no cure and no vaccine. The past of this virus is a fascinating and misunderstood one, but in the end it’s not quite history. 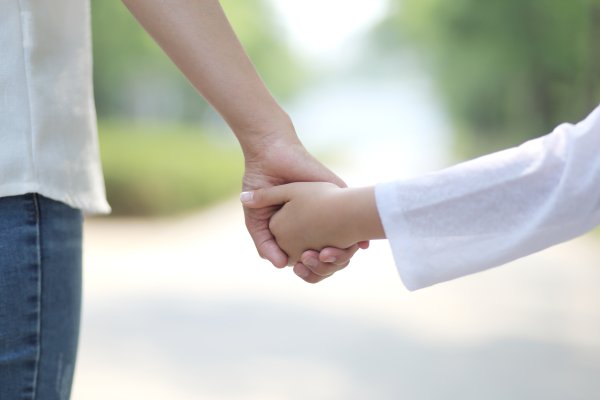 Spanking Harms Children, According to the American Academy of Pediatrics
Next Up: Editor's Pick