Apple Inc., which has lost a fifth of its value in a tech market rout since October, is poised for another setback after U.S. President Donald Trump suggested that 10 percent tariffs could be placed on mobile phones, like the iPhone, and laptops made in China.

The company already is facing reports of suppliers cutting forecasts, signaling the new iPhone models introduced in September aren’t selling as well as anticipated. Trump’s comments to the Wall Street Journal that he may include Apple’s signature product in another round of tariffs on Chinese imports are another blow for Chief Executive Officer Tim Cook.

“Maybe. Maybe. Depends on what the rate is,” the president said, referring to mobile phones and laptops. “I mean, I can make it 10 percent, and people could stand that very easily.” Apple stock fell about 1.6 percent in extended trading Monday following the comments.

The U.S. is due to raise import duties on about $200 billion worth of goods from China to 25 percent from 10 percent on Jan. 1. The vast majority of iPhones and other Apple products are built in China and then exported globally. Apple couldn’t be reached for comment.

Some analysts said the comments may shake investors. With consumers “clearly price sensitive” and the average sales price of an iPhone reaching almost $800, “the last thing Cook and investors want to see is additional tariffs added to iPhones and impacting demand drivers at this crucial growth juncture for the company,” Daniel Ives, an analyst at Wedbush Securities, wrote Monday in a note.

The price of an iPhone ranges from $449 to $1,449 in the U.S., including older models such as the iPhone 7 that Apple still sells.

Shares of Hon Hai Precision Industry Co., the biggest iPhone assembler, slipped about 1 percent in Taiwan trading Tuesday and have dropped about 40 percent this year. Inventec Corp., which supplies Apple and other U.S. tech companies, fell 4.3 percent to the lowest level in more than a year.

So far, Apple’s most lucrative devices, like the iPhone and iPad, have been left out of U.S. tariffs. Earlier this year, Apple said products like the Apple Watch and AirPods would be affected before the U.S. said it wouldn’t impose taxes on such items. Still, the company warned in September, that other items, like the Mac mini, Apple Pencil stylus, and some cables and cases, could be harmed.

The company has made a small percentage of older iPhone models in Brazil and India in recent years, in part to avoid local taxes on imported goods. Trump on several occasions has suggested that Apple should bring iPhone manufacturing to the U.S.

In his early years running Apple, Cook would respond to questions about increasing manufacturing in the U.S. by saying the skill sets in China are more conducive to producing the company’s products. However, in recent months, he has modified that view, saying in an interview this year that “it’s not true that the iPhone is not made in the United States.” Some components, like the smartphone’s glass cover, are manufactured in the U.S. and shipped for assembly in China.

In Trump’s almost two years in office, Cook has met with him multiple times at large meetings with other technology executives and privately at the White House. 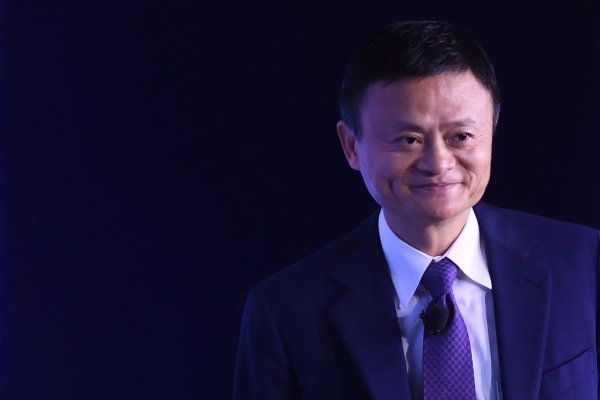 Jack Ma Says Trade War Is the 'Most Stupid Thing' as U.S.-China Tensions Boil
Next Up: Editor's Pick