Why This Fantastic Beasts: The Crimes of Grindelwald Cameo May Be a Major Plot Hole

As some Harry Potter fans attempt to figure out if it’s possible for Credence Barebone to actually be Albus Dumbledore’s long-lost brother Aurelius, others are wondering about a different potential Fantastic Beasts: The Crimes of Grindelwald question.

During a flashback to Newt Scamander (Eddie Redmayne) and Leta Lestrange’s (Zoë Kravitz) days at Hogwarts, a young Minerva McGonagall (Fiona Glascott) appears as a professor at the famous school of witchcraft and wizardry. She also makes a cameo in another Hogwarts scene set in 1927, the year in which the majority of the movie takes place.

Pottermore lists McGonagall’s birthday as October 4 and states that she worked at the Ministry of Magic for two years after graduation before returning to Hogwarts as a professor. Since magical children begin attending Hogwarts at the age of 11, this means that McGonagall would have started school in 1947 and was therefore born on October 4, 1935 — eight years after the events of Crimes of Grindelwald.

There also doesn’t seem to be a chance that the McGonagall seen in Crimes of Grindelwald is an older relative of Minerva as the published screenplay lists the character as Professor Minerva McGonagall.

Unless J.K. Rowling has a yet another magical time traveling twist in store for fans, it seems as though McGonagall’s appearance in Crimes of Grindelwald could indeed be a plot hole. 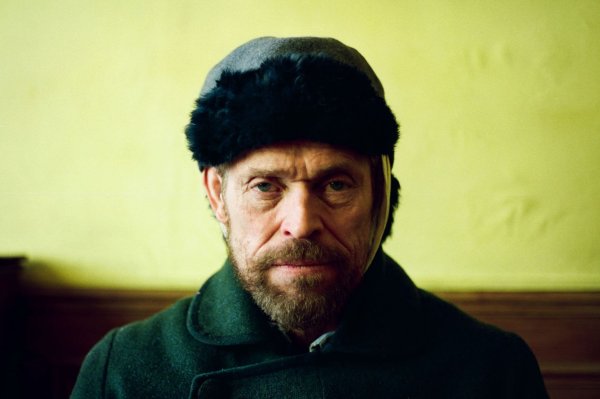 The True Story Behind the Vincent van Gogh Biopic At Eternity's Gate
Next Up: Editor's Pick