Major League Baseball Asks for Its $5,000 Campaign Donation Back From Sen. Cindy Hyde-Smith

When lobbyists for Major League Baseball made a donation in connection with a political event on Friday, they probably didn’t expect to ask for it back two days later.

Amid outcry over racially insensitive remarks made by Mississippi Sen. Cindy Hyde-Smith earlier this month, the MLB has asked her campaign to return its $5,000 donation.

On a Nov. 2 campaign stop, Sen. Hyde-Smith was captured in a viral video making remarks about attending a “public hanging.”

“If he invited me to a public hanging, I’d be in the front row,” Sen. Hyde-Smith said, referring to a supporter. Her opponent in Tuesday’s run-off election, former Democratic Representative Mike Espy, is an African-American.

Hyde-Smith subsequently gave a partial apology during a Nov. 20 debate against Espy.

“For anyone that was offended by my comments, I certainly apologize,” she said. “There was no ill will, no intent whatsoever in my statements.”

She then noted “this comment was twisted and it was turned into a weapon to be used against me.”

The MLB made its contribution to her campaign weeks after the senator made those comments.

“The contribution was made in connection with an event that MLB lobbyists were asked to attend,” the league said in a statement issued Sunday, reported the Daily Beast. “MLB has requested that the contribution be returned.”

It’s not the first controversy that Hyde-Smith has caused.

In 2014, she posted a picture on her Facebook page showing her posing at the Jefferson Davis homestead holding a rifle and wearing a Confederate hat, reported the Washington Post.

“Mississippi history at its best!” she wrote.

Hyde-Smith has also been caught on video making jokes about voter suppression. 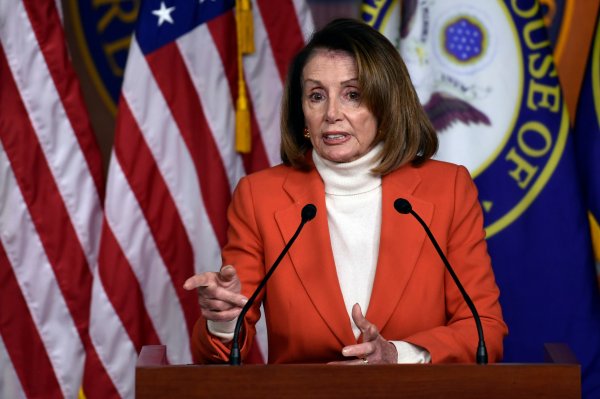 Nancy Pelosi Urges Democrats to Support Her as Leader
Next Up: Editor's Pick